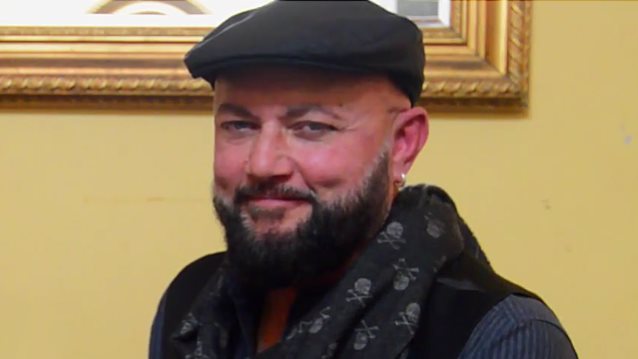 GEOFF TATE: QUEENSRŸCHE Reunion Would Only Happen 'If Everybody Really Needed Money'

Geoff Tate says that a reunion of QUEENSRŸCHE's classic lineup would only happen if all the members of the band "really needed money."

Speaking to the syndicated radio show "Noize In The Attic", Tate was asked if he could envision himself one day playing with his former bandmates again. He said: "I suppose so. I suppose that if everybody got in a room… The only reason to get together is for the money. That's the only reason. So, if everybody really needed money and wanted to get together and bury the hatchet, so to speak, and sit in one room and say, [adopts faux tearful tone] 'Gosh, I'm really sorry I treated you that way.' You know, maybe then we could work toward some sort of resolution, but I haven't seen any attempt by anybody to do that, so I'm not holding out… holding my breath. [But] I'd never say never. I might get to a point where I really need the money. It's nice to have that little back-up plan. [Laughs]"

You can listen to the full Tate interview below.

Tate's replacement, Todd La Torre, told Metal Wani last September that QUEENSRŸCHE is "sounding better than it did for over ten years" now that he is fronting the band. He added: "The fans have certainly voiced that opinion. That's my opinion, and that's a lot of opinions we hear every night. And the energy of the other members of the band is way healthier, way happier with [Geoff] gone and me in the band. And that's just the facts. There's no stifled creativity, and there's no kind of leader and followers, if you will, in the band. We all talk and try to make decisions the same, and it's very democratic. I'm never gonna tell Michael Wilton that his guitar riff is too heavy, for example, and that had happened in the past. The band is way happier, and I think that it's evident when you watch a live show — not [a clip on] YouTube, but really go to a show and feel what's happening and see what's happening. These guys are happy again and they feel like it's a rebirth of the band and that those dark clouds are well behind them."