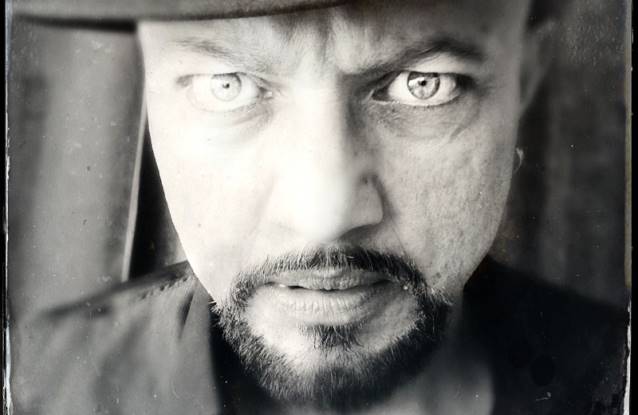 GEOFF TATE: 'Record Company Executives Now Are Jumping Up And Down When You Sell Ten Thousand Records'

During a recent interview with the "10songs" podcast, ex-QUEENSRŸCHE singer Geoff Tate spoke about the dramatic changes in the record industry since his former band released its debut EP in the early 1980s.

"When I started out years ago, our band wasn't able to get signed until we did our own record and started our own record label," he said. "And we did that and we sold sixty thousand copies of our first EP. And with those numbers, we were able to go to major labels and say,' This is what we've sold. With your support and expertise, I'm sure we can triple that.' Which we did, once we were signed. So they like to see sales numbers. And at that time — this was 1983 — the record industry was firing on all cylinders; it was healthy, and people bought records, and the economy of the record industry was very strong. So they had a lot of money to put into a project. And they had a guideline way of doing things. You made, really, a solid three-album deal, and typically by your third album, you had gotten a lot of exposure and publicity and you had toured enough to have an audience now, so you were selling records. And typically by your third or fourth album, you'd start getting into the 500,000-sales range. But that all changed in the '90s when the pirating started happening heavily, and it just gutted the economy of the record industry. So, you know, record company executives now are jumping up and down, doing the high five when you sell ten thousand records, and that, in my day, starting out, that would have been an embarrassment; you would sell ten thousand records in half a day. So the numbers have completely changed."

Asked if he thinks it is possible for record companies to make a profit today by selling only ten thousand copies of an album, Tate replied: "I don't see how. I mean, I suppose they are if they're not doing anything, like promoting, which most of them can't do, 'cause they don't have the resources to do that. I mean, it costs so much money to get a song on the radio, and it takes continual money to keep that song on the radio."

Tate was also pressed about what constitutes "promotion" for a record company these days and whether it simply means sending the band on the road. "They don't even do that; they don't pay for anything," Tate said. "They just put the record out in what limited capacity they can."

He continued: "It's not really even in a band's best interest, in my view, to get a record deal, unless they have super-deep pockets and they have owners who are indepdently wealthy who just dig music and wanna support bands. Because it's so expensive. I mean, it costs a fortune to launch a band. It costs a fortune to put a record out and to get it in the public eye continuously; you have to have a team of people to do that that all require some sort of payment for their services. And then, what about live? Transporting a band across a continent on a tour? Hugely expensive. Massive. Getting them there in the first place, keeping everybody fed, paying the crew, moving from town to town costs a fortune nowadays in fuel, insurance… I mean, you name it. It's just a massively expensive endeavor. And so, there's not a lot of people that can fund that anymore. Because… Why? There's not enough record sales. So we're in a really interesting position now because the whole paradigm is shifting now. And nobody quite knows what the answer is or what the direction is gonna be, but it's shifting… People are starting to think outside of the box, and very few people are looking at record labels to help them along their journey now, because there just isn't anything there. In the past, that was a band's dream: 'Oh, we got signed by a record label.' What does that mean now? It means something completely different today than ti did in 1983."

Tate added: "The best thing to do is to do as much on your own as you possibly can until you get to a point where somebody is willing to match your funds or give you more than what you dream of. In my opinion… That's just me talking."

Geoff, who will continue with a new band called OPERATION: MINDCRIME while his former bandmates carry on recording and touring as QUEENSRŸCHE, is working on a trilogy project, which he hopes to record and release in three separate installments over the course of three years.