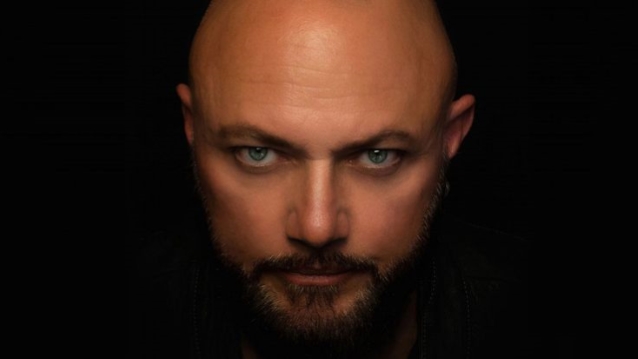 Former QUEENSRŸCHE vocalist Geoff Tate recently spoke with Max Volume of the Reno, Nevada radio station 105.7 KOZZ. The full conversation can be streamed below. A few excerpts follow (as transcribed by BLABBERMOUTH.NET).

On the sound of QUEENSRŸCHE's "Operation: Mindcrime" album:

Geoff: "It was one of the first five digital albums ever made. When we handed it to [EMI, the band's then-record label], they didn't like the way it sounded, because everybody at that time was used to analog. This was hard and brittle and it was metallic, which is what we were going for. They made us go back in and remaster it, which actually was a good call, because it was a little too harsh for the world, I think."

On the album's initial reception:

Geoff: "When it came out, it sold exactly what all our other records sold. It didn't make any big noise; it was just another record. We worked for probably a year touring and trying to get radio airplay and all that, and it kind of just did what it did, and nothing really came of it. Our management actually came to us after a year and said, 'Well, you guys have really given this a lot of work, and you've been touring. We think it's time to go back into the studio to make another record.' We started working on another record, and about a week later, we got a call from the head guy at MTV. He said, 'I love this record, and I want you guys to make a video. I promise I'll play it.' We made a video for 'Eyes Of A Stranger', put it out and sure enough, [he] was true to his word and he played that song every day. In two weeks' time, we sold 500,000 albums."

On performing the album in full on tour to commemorate its 30th anniversary:

Geoff: "I have to say, this tour especially has been really an interesting time for me, because I kind of got to take a step back from the album, looking at it with different eyes. I've got a really young band of musicians who are playing with such enthusiasm and passion, and I'm listening to all the stories from the audience members and people who have been affected by the album over the years, and really hearing a cross-section of what the album has meant to people. It's very humbling, and I'm very grateful for all the attention the album has and how strongly people feel about it. It's fantastic."

On whether he keeps in touch with former QUEENSRŸCHE guitarist Chris DeGarmo:

For most of 2018, Tate has celebrated the 30th anniversary of "Operation: Mindcrime" by performing the iconic concept album live in its entirety.

Tate's latest musical endeavor, OPERATION: MINDCRIME, has released three albums over the past three years as part of a trilogy: "The Key" (September 2015),"Resurrection" (September 2016) and "The New Reality" (December 2017).