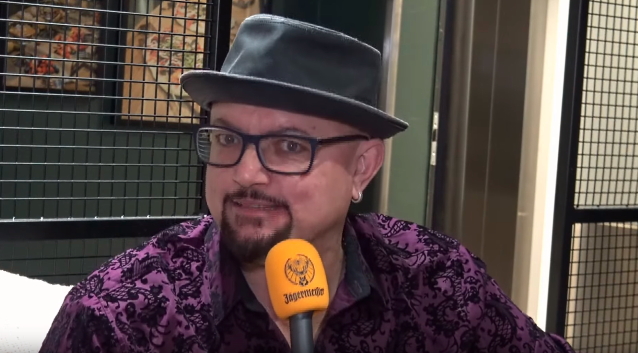 "Honestly, it didn't feel any different than any other album we'd made at the time," Tate said. "We always called our albums experiments, because you never know what's going to happen when you get everybody contributing to the album or certain groups of people together, like the production team you hired to help you make it. You don't know what's going to happen or what you're going to come up with. Hopefully, you strive for some sort of level of professionality and quality, but you never really know."

Tate said that the album's runaway success — bolstered in no small part by the hit power ballad "Silent Lucidity" — led him to question why the band's music was being so well received. "When something connects with people," he explained, "you start asking questions like, 'Why did this connect [more] than other albums we've done, which are equally as interesting?' The only reason I can really come up with is [that] we had an amazing record company at the time. EMI was a gigantic international conglomerate with millions and millions of promotional dollars to put behind their records. I remember the promotional budget for 'Empire' was $6 million, which is just unbelievable. I think the last record I issued, the promotional budget was, like, 1,000 euros... If you have enough promotional dollars to put at something, then you have a much better chance of reaching more people with what it is you're doing — and if it's a catchy song that catches on with people, it's a snowball kind of effect."

With their post-"Empire" releases, the band never achieved a similar degree of success. "I think it's probably due to [a lack of] consistency," he said. "If you look at bands like IRON MAIDEN, they don't really change much. They really make a similar-sounding record each time. QUEENSRŸCHE was very diverse, and it's hard to market something that's completely changing all the time. I think that probably contributed to it. I have no complaints — I'm very comfortable in life, and I'm happy with my choices. Looking back on it, if we were perhaps more consistent with our records [and] came out with a new record every year, and it was pretty much the same kind of record each time, I think we would have gone a different route. Our records were very diverse and different, and there were always experimentations. In a lot of people's minds, you listen to an album like 'Operation: Mindcrime' and you get really into it, and then you hear an album like 'Promised Land', and you go, 'Wait a minute — is this the same band?' A lot of people have told me that when 'Promised Land' came out, they didn't get it. They didn't understand it because it was about things that they were a few years from experiencing, so we were kind of ahead of our audience... After you've had some life experience and you've had disillusionment and suffered losses, then you can understand an album like 'Promised Land'... Some bands are on the cutting edge of things, the cutting edge of trends. They're just maybe one step of their audience, so if you get into that position, a lot of times you lose people along the way, but then sometimes you gain them back, years later."

Tate kicked off his current tour — in which he celebrates the 30th anniversary of "Empire" by performing it live in its entirety — on February 5 in Tampere, Finland.