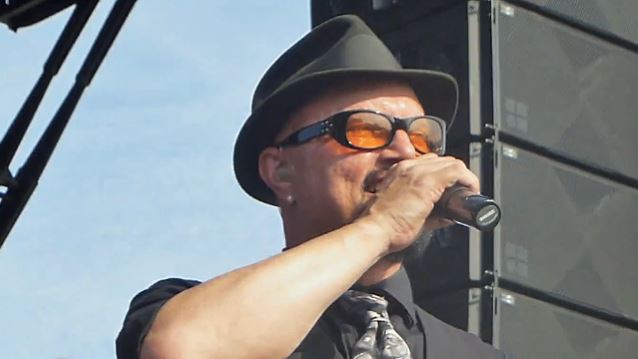 Former QUEENSRŸCHE and current OPERATION: MINDCRIME singer Geoff Tate will embark on a European tour consisting of very special nights of storytelling and acoustic songs spanning his 35-year career. He will play tracks from 17 different albums, including material from QUEENSRŸCHE's "Rage For Order", "Empire" and "Operation:Mindcrime", as well as songs from the new OPERATION: MINDCRIME album, "Resurrection". He will be backed by a six-piece, all-acoustic band in an up-close-and-personal, intimate setting.

Here are the first confirmed dates, with more to be announced soon:

Even though Tate is planning to continue making music and touring for the foreseeable future, he says that he is looking forward to his retirement years and spending more time with his family. "I have kind of already lived my dream quite often, almost every day," he told AntiHero Magazine. "I get to write music, which I love. I get to perform, which I love. I get to travel, which I love. I get to meet interesting people and have wonderful conversations with people. I get to go to amazing restaurants, and visit historical sites. I am pretty blessed, and I feel very fortunate. I think that I would like to just keep continuing on doing those things for the rest of my life, really."