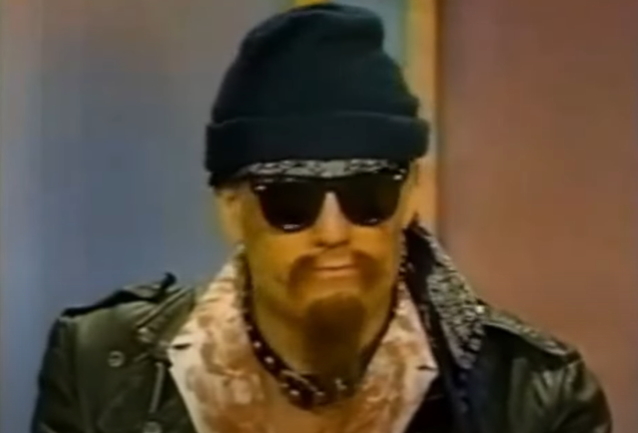 GG ALLIN Biopic To Be Directed By JONAS ÅKERLUND

According to The Hollywood Reporter, Swedish film and music-video director Jonas Åkerlund will helm the upcoming biopic of controversial punk rocker GG Allin. Titled "GG Allin: Live. Fast. Die.", the film will be produced by Angry Films' Don Murphy and Susan MonEord ("Natural Born Killers", "Transformers", "Real Steel") along with Eric D. Wilkinson (Jerome Bixby's "The Man From Earth", "Overrun") from a screenplay by Richard Schenkman ("The Man From Earth: Holocene", "The Pompatus Of Love").

According to the producers, "Live. Fast. Die." is the true story "of what happens to a borderline personality when the reach for fame exceeds the limits of talent… when substance abuse goes unchecked and mental illness undiagnosed and untreated… and when a fictional character takes over a real person’s life, driving GG beyond limits anyone could possibly endure."

Åkerlund said in a statement: "This is exactly the type of real and raw story I am looking for and this film explores the ugly belly of the beast and how Kevin Allin came to be GG. Punk was already a genre about pushing limits, expanding on musical genres and the definition of artistic expression. At a time when punk was thought to be dead, sold out or too raw to survive, GG came into the scene bleeding, pissing, and sinking like no punk before. 'Live. Fast. Die.' is about a sick person who should have asked for help. GG's strong persona was a gift, but this borderline personality disorder was not treated, and killed him."

Schenkman added: "The GG Allin story is about so many things, which is why I was compelled to spend nearly a year researching and writing it. I extensively interviewed the people who knew GG best: his brother Merle Allin, his band mates, his closest road-dog pal, and his mother (now deceased). I read hundreds of articles about him, arrest and trial transcripts, even his unpublished memoir. I watched hours of videos, and endured track after track of his assaultive music. I wanted everything in this movie to be accurate and true. And it is."

Åkerlund is the original drummer of BATHORY, one of the first black metal bands, who made his mark directing music videos for artists from Madonna and THE ROLLING STONES to MAROON 5 and Beyoncé. These have won him a host of awards, including several Grammys, an MTV VMA, MVPA Hall Of Fame award and more. Åkerlund has also directed a number of feature films, including the 2019 English-language movie "Lords Of Chaos", based on true events in the Norwegian black metal music scene in the early 1990s.