GHOST will embark on a massive European headlining tour in April 2022.

"Imperatour" will kick off on April 9 in Manchester, U.K. and conclude on May 18 in Budapest, Hungary.

Support on all shows will come from UNCLE ACID AND THE DEADBEATS and TWINTEMPLE.

In September, GHOST released a new single titled "Hunter's Moon" which is featured in the latest blockbuster installment of the legendary film franchise "Halloween Kills". The "Halloween Kills" soundtrack arrived on October 15 via Sacred Bones, with the film hitting theaters (and Peacock) the same day as well.

Produced by Klas Åhlund and mixed by Andy Wallace, GHOST's "Hunter's Moon" plays as the "Halloween Kills" end credits roll, and will be released January 21, 2022 as a collectible seven-inch single by Loma Vista Recordings. "Hunter's Moon" can be streamed, purchased, and/or pre-ordered in its vinyl incarnation. The retail version of the seven-inch will feature the special B-side "Halloween Kills (Main Title)", performed, produced and engineered by John Carpenter, Cody Carpenter and Daniel Davies.

GHOST mastermind Tobias Forge performed as a "new" Papa Emeritus on each of the band's first three LPs, with each version of Papa replacing the one that came before it. Papa Emeritus III was retired in favor of Cardinal Copia before the release of 2018's "Prequelle". 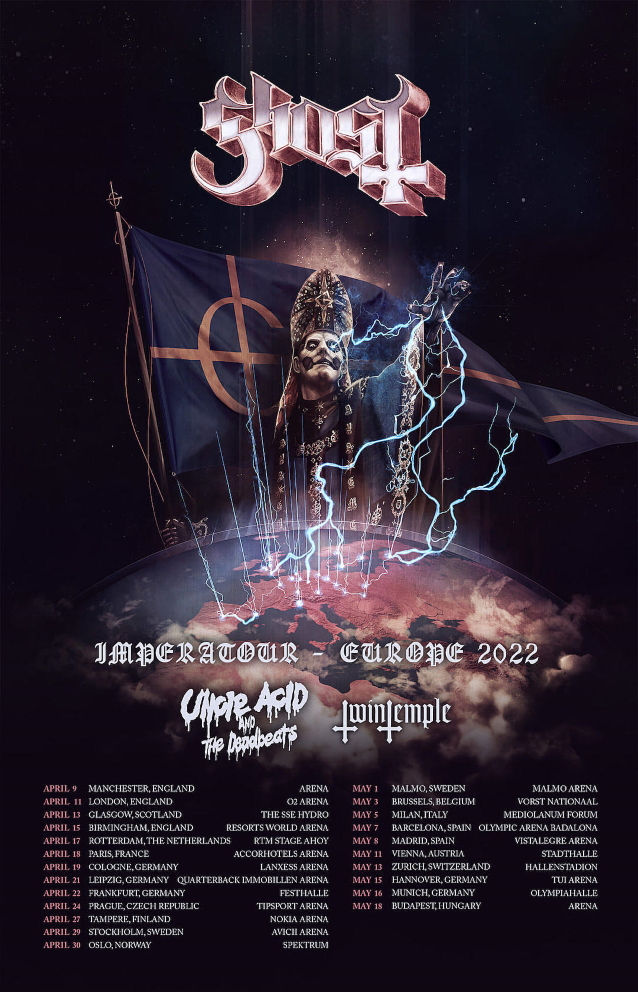