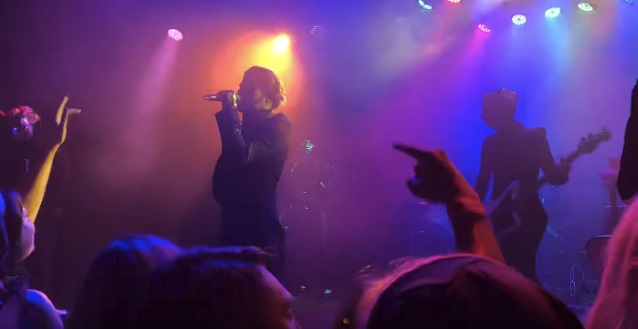 GHOST debuted two new songs from its upcoming album, "Prequelle", during the band's concert last night (Friday, May 4) at The Roxy in West Hollywood, California. In addition to the previously released single "Rats", which opened the show, GHOST played "Faith" and "Dance Macabre" during the 45-minute set, which served as the unofficial kick-off to the group's world tour.

The Roxy concert was only announced one day earlier and tickets — priced at $6.66 — were made available starting at noon the day of the show at the "Rats On The Strip Pop-Up" store at the venue.

GHOST's setlist for the concert was as follows:

"Prequelle" will be released on June 1 via Loma Vista Recordings. The disc was recorded last year at Artery studios in Stockholm with producer Tom Dalgety (OPETH, ROYAL BLOOD) and was mixed in January at Westlake Studios in West Hollywood, California with Andy Wallace (NIRVANA, SLAYER).

The first "official" concert of GHOST's tour in support of "Prequelle" will take place tonight (Saturday, May 5) in Riverside, California.

GHOST lead singer Tobias Forge, who performs under the names Papa Emeritus and now Cardinal Copia, told The Pulse Of Radio what inspired him to write "Rats". "A few years ago, I decided, like, 'I really want to have a big opening track that just blows people's minds immediately,'" he said. "So I wrote 'Square Hammer' and that went well. But I didn't want 'Square Hammer' to turn into a 'Start Me Up', where that always feels best to play first. I want to be able to mix it up. So we needed another song that works as an opening track. That was basically my intention with 'Rats'."

Forge has hinted that the theme of "Prequelle" has to do in part with the arrival of the Black Plague in Europe, among other events in history. 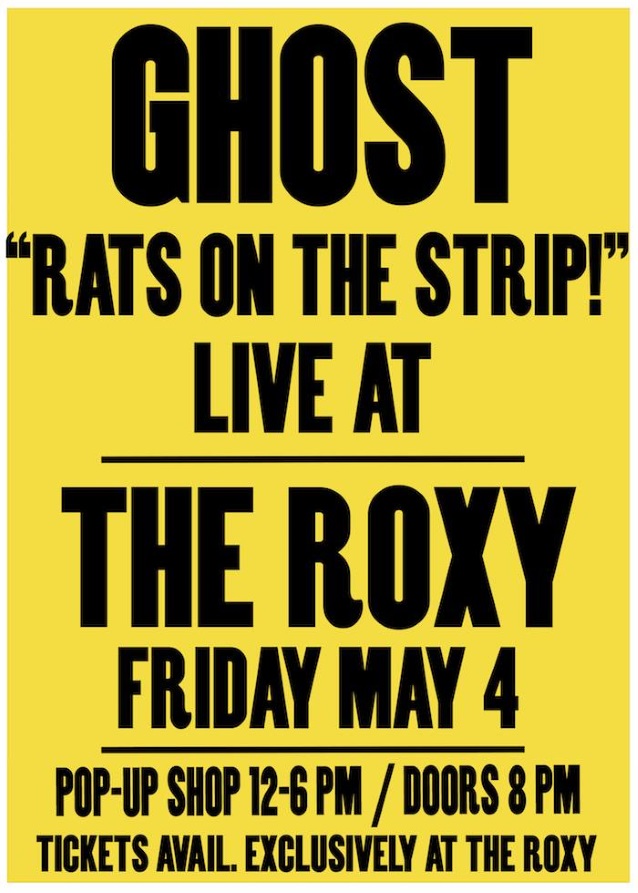