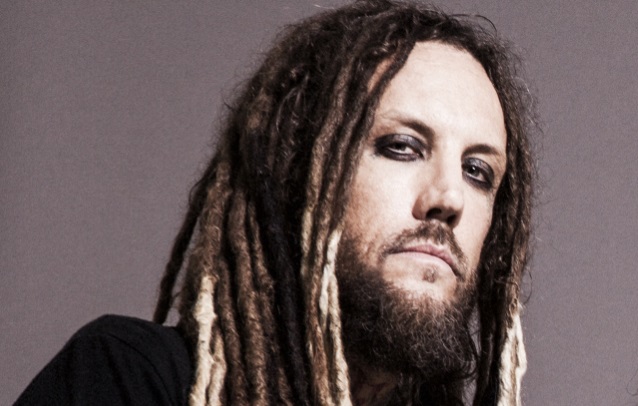 A new trailer for "Loud Krazy Love", an unconventional new documentary chronicling the chaotic and unexpectedly uplifting life story of Brian "Head" Welch, best known as guitarist and co-founder of KORN, can be seen below (courtesy of The Hollywood Reporter).

The 86-minute film directed by first-time feature filmmakers Trey Hill and Scott Mayo will make its Texas premiere at the Dallas International Film Festival May 3-10 and its Southeast premiere during the Nashville Film Festival May 10-19, with multiple screenings occurring at each festival.

Featuring exclusive access on tour and at home, as well as in-depth interviews with Brian, his family and his KORN bandmates, "Loud Krazy Love" subverts the standard sex, drugs and rock 'n' roll narrative to explore his identity as a father and the complicated relationship he shares with his daughter Jennea.

"The intimate details of Brian and Jennea's life during the years he was absent from KORN are turbulent," said Mayo. "'Loud Krazy Love' is really a backstage pass to heartache and triumph. You don't have to be a KORN fan to empathize with Brian's decision to sacrifice all his success in an attempt to be a good father."

The sound Brian pioneered with KORN in the early '90s helped provide identity to a generation of misfits and made him a global rock star. Famous, wealthy and worshipped in the spotlight, a relentless self-loathing haunted him in the shadows. Until the day a tiny miracle reset the course of his life.

"The day Jennea was born was like the most euphoric, miraculous, unconditional love — like total purity in the room," Brian says in a scene from "Loud Krazy Love". "But, I think deep down inside of me, I knew I was incapable of being what she needed and deserved."

Seven years later, desperate to kick a devastating crystal meth habit, Brian walked out on a $23-million-dollar record deal and severed ties with the band.

"Loud Krazy Love" takes viewers through a tumultuous coming-of-age journey filled with chaos, doubt, and unconventional faith. The story grapples with teenage depression, the quest for identity, and the dedication of an imperfect but present father willing to do anything for the one he loves.

"In my life I've done so many things I regret and wish that I could change," said Brian. "It can feel haunting. But seeing my entire life with KORN and my family play out before my eyes in this film, and seeing the positive that has come from my most embarrassing and devastating failures — there are no words to express my gratitude. Our team created a very special film here, and I can't wait for the world to see it."

Production of the film covered four years and includes two decades worth of never-before-seen material from Brian, his family and KORN. The result is a remarkable cinematic experience of amplified emotion, rock 'n' roll access and restorative love.

"This film explores the way we, as human beings, need each other — warts and all," said Hill. "In that way, I believe every dad, mom or teenager that sees the movie will walk out feeling hopeful that the pain they've experienced or the hurt they feel guilty for causing won't be wasted. There's a purpose, restoration is possible, and if we hang in there the people we care for most can be healed."

"Loud Krazy Love" is directed by Hill and Mayo, who also wrote and edited the film. It is produced by Samuel Ditore of Ditore Mayo Entertainment and John Humphrey of I Am Second Media.

Wide release of "Loud Krazy Love" is expected in the fall.

For additional information or to buy tickets to the Nashville or Dallas film festivals, visit LoudKrazyLove.com. 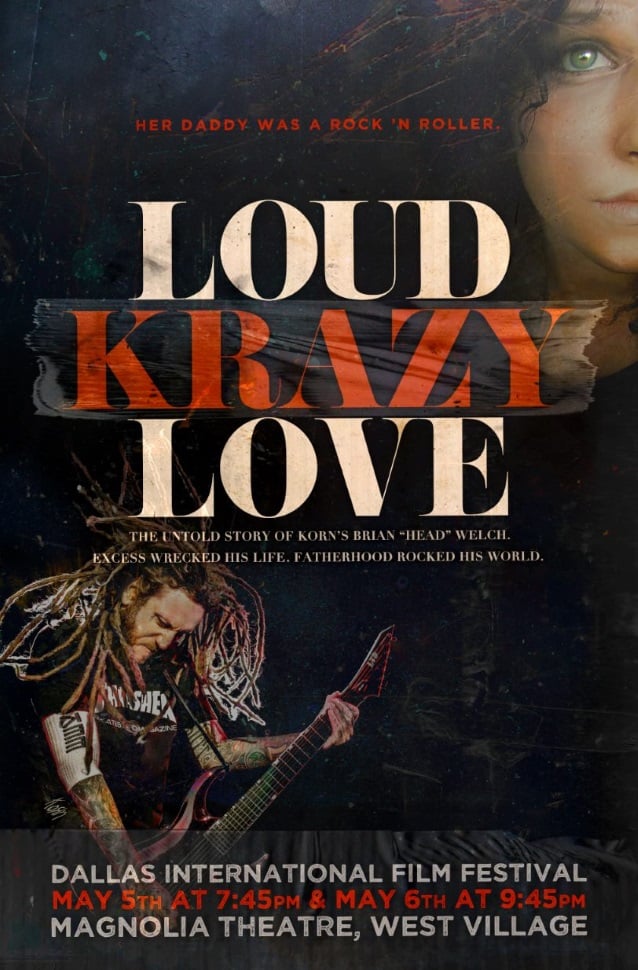