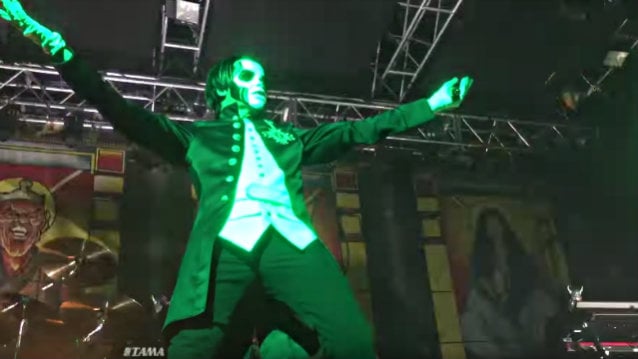 GHOST lead singer and founder Tobias Forge — who performs as Papa Emeritus — lost his balance while singing the song "Mummy Dust" during the band's concert Tuesday night (March 28) at O2 Academy Leeds in Leeds, causing him to fall feet first into the space between the barrier and the stage. The incident was captured on video by a fan and was posted on YouTube for everyone to see.

The new lineup of GHOST gave its first live performance on Friday night (March 24) as the Swedish-based band kicked off its 2017 "Popestar" European tour in Norwich, England. As previously reported, rumors have circulated for several months that Forge fired the entire previous lineup at the end of GHOST's fall 2016 North American tour.

Earlier this month, however, Swedish guitarist Martin Persner released a video message in which he claimed to have played in GHOST for seven years under the name Omega. He also revealed that he exited the band last July, although he did not disclose the reasons for his departure. 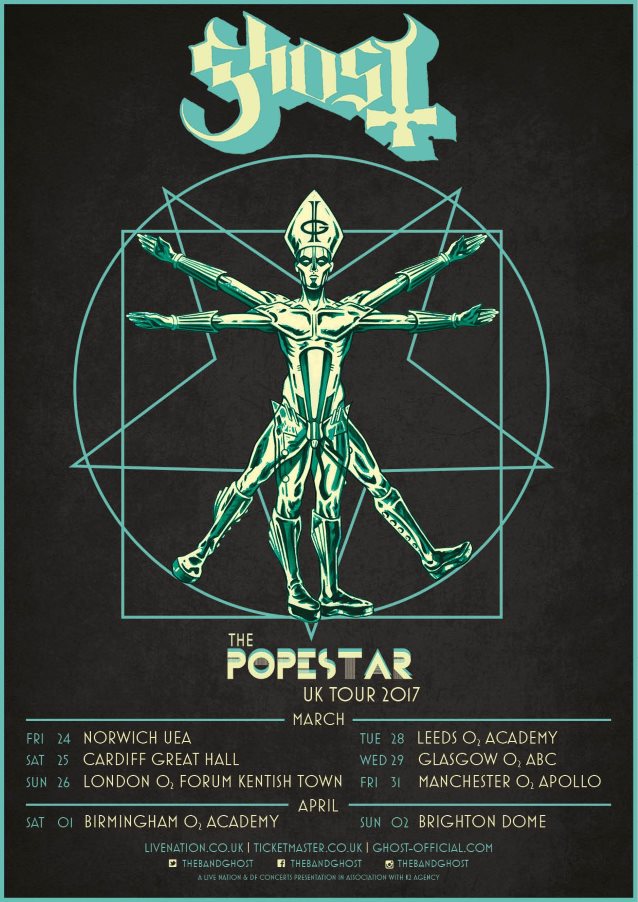