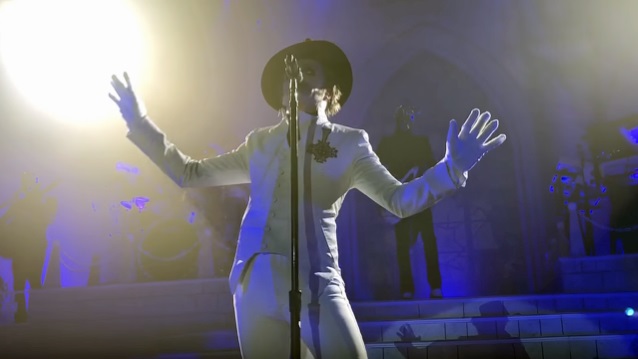 GHOST played the first official show of the "Rats! On The Road" U.S. tour last night (Saturday, May 5) at Riverside Municipal Auditorium in Riverside, California. In addition to the previously released new single "Rats", which opened the concert, GHOST played four more songs from the upcoming "Prequelle" album during the set: "Faith", "Dance Macabre", "Miasma" (featuring a saxophone solo from Papa Nihil) and "Pro Memoria".

Prior to the tour kick-off, GHOST frontman Tobias Forge gave Billboard a hint of what to expect when the band takes its new stage show on the road. "We have a bigger band now in terms of personnel," he said, "so it's way more live now. Before we were doing a little bit of the modern trickery, with backing tracks and stuff to make the whole sound a certain way. Now we're taking that away so we're a little more like a [Bruce] Springsteen or GUNS N' ROSES sort of band with backup singers and everything. It feels great. It's gonna be the best version yet — but there's still a lot to come after that."

"Prequelle" will be released on June 1 via Loma Vista Recordings. The disc was recorded last year at Artery studios in Stockholm with producer Tom Dalgety (OPETH, ROYAL BLOOD) and was mixed in January at Westlake Studios in West Hollywood, California with Andy Wallace (NIRVANA, SLAYER).

Forge, who performs under the names Papa Emeritus and now Cardinal Copia, told The Pulse Of Radio what inspired him to write "Rats". "A few years ago, I decided, like, 'I really want to have a big opening track that just blows people's minds immediately,'" he said. "So I wrote 'Square Hammer' and that went well. But I didn't want 'Square Hammer' to turn into a 'Start Me Up', where that always feels best to play first. I want to be able to mix it up. So we needed another song that works as an opening track. That was basically my intention with 'Rats'."

Tobias has hinted that the theme of "Prequelle" has to do in part with the arrival of the Black Plague in Europe, among other events in history.

Tobias told The Pulse Of Radio that the lawsuit affected the making of "Prequelle". "I had a personal situation that urgently told me to salvage the situation and reclaim what is mine and also justify that it was mine to begin with," he said. "So, of course, there was a great sense of urgency over the album. Not only thematically, but for myself, this record was a record about survival through trauma." 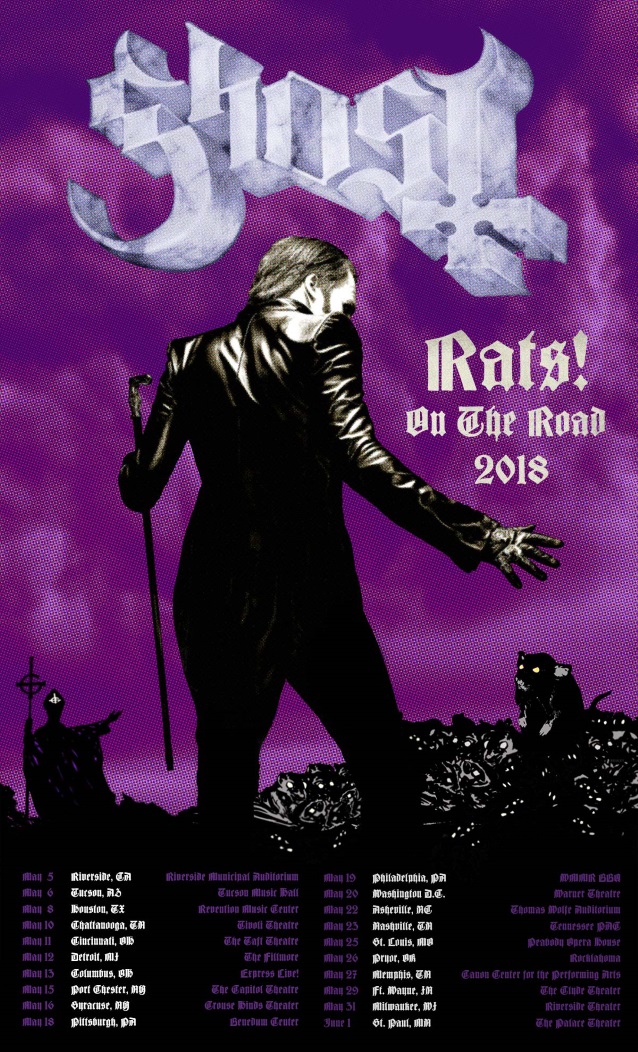