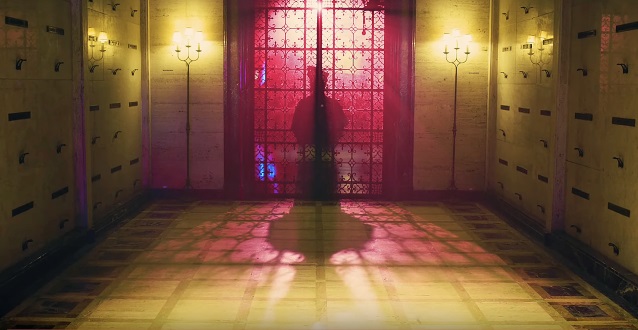 GHOST is teasing the arrival of a "new" Papa Emeritus in a three-minute video clip titled "Chapter One: New Blood". In the clip, an aged Papa Emeritus Zero is confronted by Sister Imperator, who asks about Papa's health and congratulates him on his accomplishments. But she also acknowledges that a fresh, youthful Papa is now needed — and as the clip ends, the silhouette of the band's "new" leader can be glimpsed arriving behind a door, bathed in red light.

The last Papa, Papa Emeritus III, was forcibly taken from the stage during the final show of the band's "Meliora" tour cycle last fall, with Papa Zero arrived to announce the beginning of "the Middle Ages." Of course, all the Papas — except the elder Zero — are the same man, GHOST founder and vocalist Tobias Forge.

Forge's new alter ego, Papa Emeritus IV, will make his live debut on May 5 as the Swedish band kicks off a run of North American dates in Riverside, California.

"Rats", the album's first single, is expected to arrive in April.