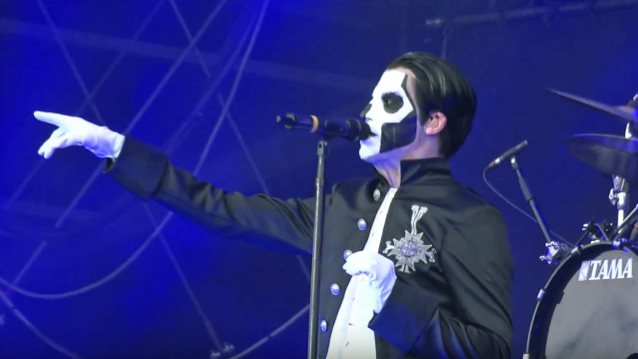 GHOST was honored in the "Best Hard Rock/Metal" category at the Swedish Grammis awards (Swedish Grammy equivalent),which was held Tuesday night (February 28) at Konserthuset in Stockholm. This marks the act's third win in this category.

The bands were nominated for their most recent releases, all of which came out during 2016.

We wish to inform you that tonight Ghost won a Swedish Grammis Award in the category Hard Rock/Metal Act Of The Year. This is band's third Grammis win.