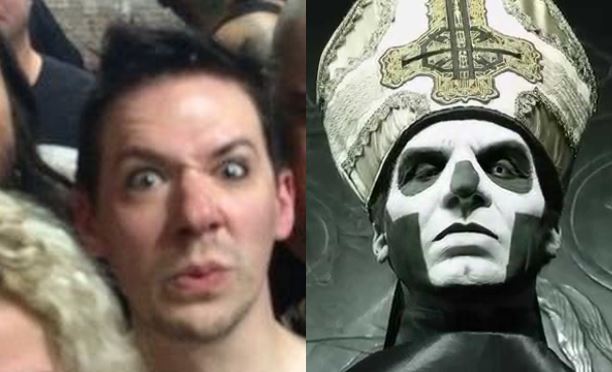 PRONG mainman and DANZIG guitarist Tommy Victor has tweeted a photo (see below) of several metal legends hanging out together in New Orleans earlier this week, including Glenn Danzig, Philip Anselmo (PANTERA, DOWN, SUPERJOINT),Sean Yseult (WHITE ZOMBIE) and what appears to be GHOST frontman Papa Emeritus III — believed to be Swedish musician Tobias Forge of MAGNA CARTA CARTEL, REPUGNANT and SUBVISION — without his trademark makeup.

GHOST performs under complete anonymity, with only Papa Emeritus III having a distinct identity.

Speaking to Jägermeister at the Sonisphere festival in the U.K., one of the Nameless Ghouls from GHOST said about previous Papa Emeritus photo leaks: "We don't really know what to say about that except for we keep our identities as secret as we possibly can, of course, but at some point it's bound to happen, some things that are not really optimal for us, of course. But the identity part is always gonna be, for as long as can take it, it's gonna be a hassle in many ways, and I think we have managed to keep it below the radar, for the most part, at least."

A Nameless Ghoul admitted to RollingStone.com: "You know, we thought we were going to be completely outed and everything was going to be over basically one week after the first record came out. We're as baffled as anyone that it hasn't happened yet. I have no idea how we've done it."

Regarding GHOST's decision to keep their identities under wraps, the Nameless Ghoul said: "The reason for us doing this band the way we chose to do it was so that there would not be any focus on us as individuals. But as we have grown, we understand that there is, anyway." 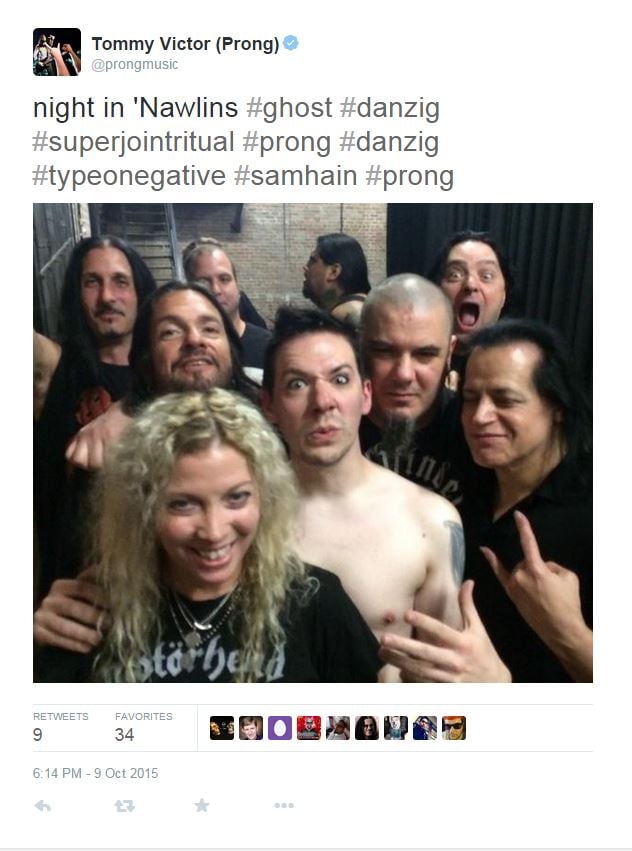