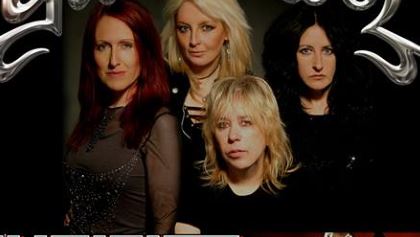 Veteran British female hard rockers GIRLSCHOOL are putting the finishing touches on their thirteenth album, "Guilty As Sin", at the Ecology Room in the U.K. with producer Chris Tsangarides (JUDAS PRIEST, THIN LIZZY, GARY MOORE). The CD will be released this summer via UDR Music.

In other news, GIRLSCHOOL will kick off the U.S leg of its "Guilty As Sin" on May 20 in San Diego, California. Support on the trek will come from CRUCIFIED BARBARA, OLD JAMES and VELVET BLACK.

The dates are as follows (more to be announced soon):

GIRLSCHOOL issued a re-recorded version of its classic second album, "Hit And Run", complemented by two bonus tracks. Available in Europe since September 2011, "Hit And Run - Revisited" was released in the U.S. in January 2012 via UDR in three versions: a CD digipak, a regular jewel case CD and a vinyl LP with gatefold sleeve.

The authorized memoir by late GIRLSCHOOL guitarist Bernadette Jean "Kelly" Johnson called "Surviving My Friends: The Official Kelly Johnson Story", is now available an e-book at this location. The book was started by Johnson and completed by her friends and family. 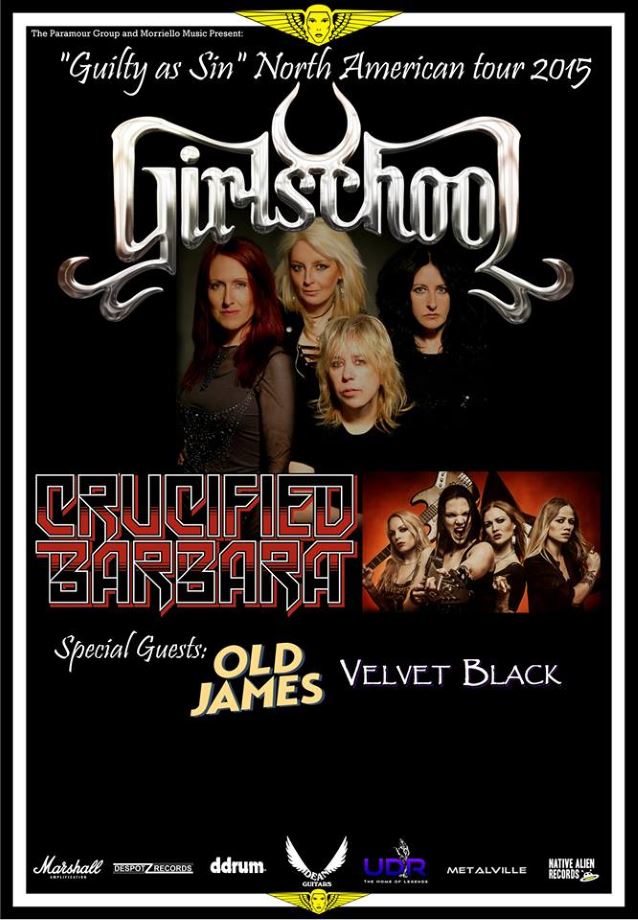