MISFITS and DANZIG frontman Glenn Danzig has signed a feature film agreement with Cleopatra Entertainment, a division of the Los Angeles independent record label Cleopatra Records. Danzig will pen, direct and compose music for the feature film which will be structured as an anthology splitting its running time between three individual characters/storylines based on Danzig's own popular Verotik comic book characters.

Brian Perera, owner and CEO of Cleopatra Records/Cleopatra Entertainment, says of the partnership: "Glenn has a fantastic track records of building brands, including Verotik. We're excited to bring his vision and passion to the screen."

Verotik is Danzig's long-running brand of mature horror comic books and related material. The comics, featuring mostly deadly femme fatales, have been in print since 1994.

Principal photography for the anthology film will begin fall of 2018. 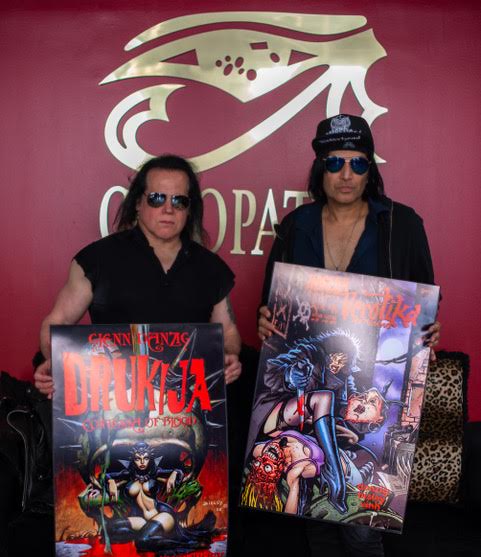