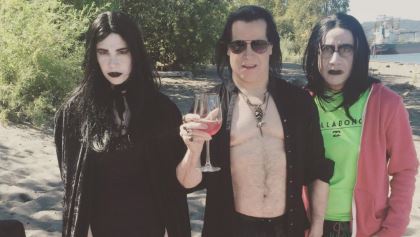 GLENN DANZIG To Appear In Upcoming Episode Of IFC's 'Portlandia'

Glenn Danzig will apparently appear in an upcoming episode of the IFC show "Portlandia".

The news of Glenn's guest scene in the comedy — famous for lovably poking fun at Portland's colorful culture — was revealed in a tweet from Carrie Brownstein, who is the show's co-creator, co-writer and co-star.

Back in 2009, Brownstein and "Portlandia" co-creator Fred Armisen filmed a video for Paper in which they hung outside Danzig's home. Check out the clip below.