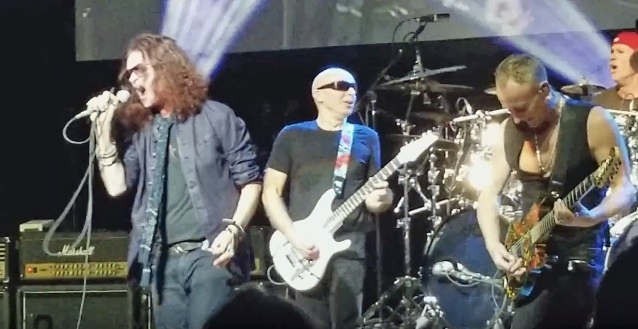 Smith and Hughes are featured on Satriani's 16th studio album, "What Happens Next", which was released on January 12 via Sony/Legacy Recordings. It marks the first time Smith and Satriani have recorded together since their work in the supergroup CHICKENFOOT.

Asked by radio personality Eddie Trunk how Hughes came to be involved with the project, Satriani said: "Just before [Glenn] put out his last solo record, which is mind-blowingly amazing, I had it in my mind that he would be a great bass player [to play on my record]. But I just thought it was a crazy thing to think of, because maybe the first thing that popped into my head was why would he ever say yes to just play bass on an album, because he's just this incredible singer. But it was sort of circulating in my head as I was doing the tour and I was thinking, 'Yeah, that would be so cool, 'cause then, if he did that, I could do this.' And then Chad's drumming popped into my head, and then I realized, 'You know, they've played a lot together, they've recorded together. I wonder if they would be willing to be the rhythm section for an all-instrumental record.'

"I innocently sent out these invitations, and so that's basically what happened — I sent out the invitation and just waited to see what was gonna happen, but I got immediate response from both of them that they were totally into it," he continued. "And the scheduling was crazy, and that's why we finished it so early, because I was really working around the schedule of the CHILI PEPPERS and BLACK COUNTRY COMMUNION and trying to figure out when I could get ten days. And it wound up being ten days, but I had to go to L.A. to do it."

Satriani recalled the recording sessions for "What Happens Next", saying that "being at Sunset Sound [studios] with those two guys in the room, that was so cool. I really got what I was looking for, which was a real celebration of rock and soul and groove. Because I really wanted to move forward from progressive elements, from jazz or fusion or other elements of production that I had been working with the last number of records. I thought, 'I wanna make it more focused, more physical, more guitar-player, two-feet-on-the-ground sort of playing and writing about human things — not science fiction and crazy alter egos and all sorts of stuff like that.'"

In the end, Satriani said, "I couldn't have picked a better rhythm section; they were just absolutely amazing. And they wound up being… You know, when you've got just three guys recording, everybody's the star, and that's what I got. And I'm so happy." 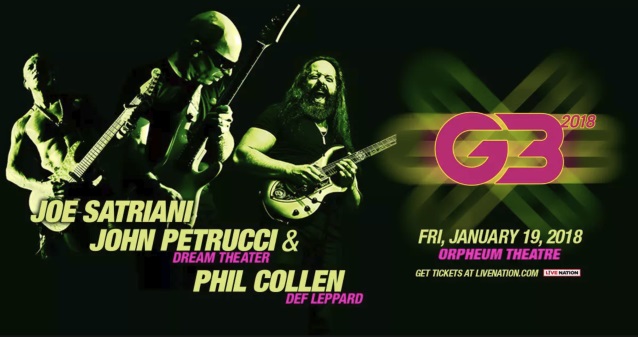