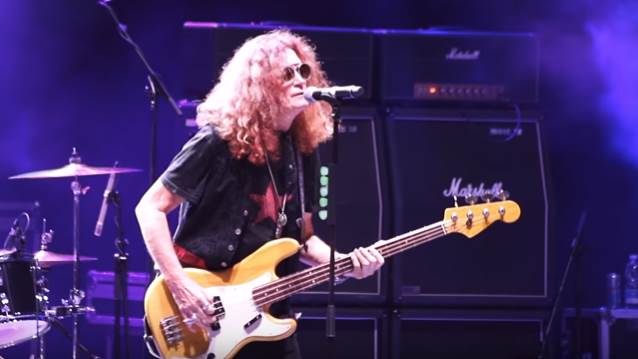 Not one to rest on his laurels, upon a classic rock history the equal of very few, Glenn is in the midst of a 130-date, 23-country tour debuting a project that is both an homage to his DEEP PURPLE Mark III and IV legacy and a nod to his millions of fans… 250,000 following him on Facebook alone.

Nine of the 18 U.S shows will be made available for download as individual purchases of $11.95, with regional packages of three each for $29.95 and for completists all nine shows for $74.95, which will include a bonus show not for sale anywhere, plus additional treasures from Glenn's archive. Available now to pre-order, the downloads can be purchased at this location.

"Fans can relive an amazing show they may have attended or feel that they are on the road with Glenn as the treasured soundboard/matrix recordings begin to materialize when the tour hits U.S shores in a mere two weeks," gushes Glenn's tour manager and field recording engineer MG.

Hughes will be performing various hits and deep cuts from the DEEP PURPLE catalog, including "Burn", "Stormbringer", "Sail Away" and "Smoke On The Water", among others. Hughes will focus on arrangements from the live albums — not studio recordings — for these songs, "giving fans even more insight as to what it was like seeing a DEEP PURPLE show during the 1970s," according to a press release for the tour.

"I first toured 'Classic Deep Purple Live' in Australia and New Zealand last year and it went down like a storm," Hughes said in the press release. "By the time we tour the U.S., we'll be on fire." 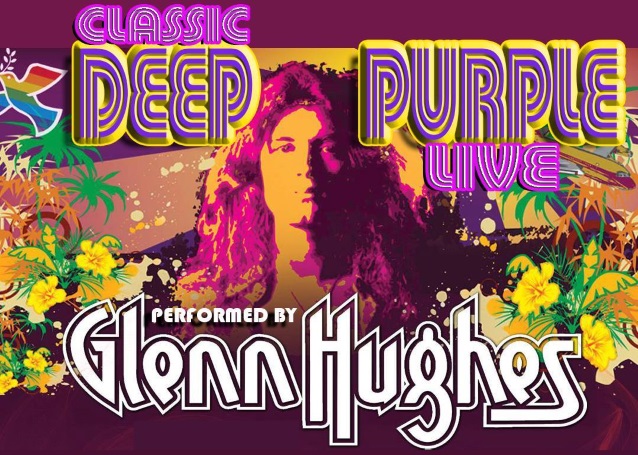