THE DEAD DAISIES — the hard rock "collective" founded by Australian musician and businessman David Lowy — will release its fifth album, "Holy Ground", on January 22, 2021. The LP was recorded at La Fabrique Studios in the south of France with producer Ben Grosse. The follow-up to 2018's "Burn It Down", will be the band's first to feature Glenn Hughes (DEEP PURPLE, BLACK COUNTRY COMMUNION),who joined the group last year as its new bassist and vocalist, replacing John Corabi (MÖTLEY CRÜE) and Marco Mendoza (THIN LIZZY).

In an interview with "That Jamieson Show" which originally aired this past April but has just now been uploaded to YouTube, Hughes stated about the lyrical themes covered on "Holy Ground" (see video below): "Since I've been clean and sober now almost 30 years, I think in PURPLE, in the '80s and '70s, I wrote about fiction. Then, when I got sober, the more time I have under my belt, and the years I have under my belt, I'm really, really honing in on life — what happens between life and death: fear, no fear, love, faith, hate, giving. And THE DEAD DAISIES album is one story after another.

"I know you've interviewed a lot of people that have done their work, and their work is about to be released, and they're looking at this work going, 'Wow! I'm writing this stuff, and it really means something now.' Well, funny enough, the record I wrote with THE DEAD DAISIES, the songs that you go, 'Surely he wrote this when the [coronavirus] crisis started.' No, I wrote this [in] August [2019].

According to Hughes, the response to THE DEAD DAISIES' "Unspoken" single has been overwhelmingly positive, with most THE DEAD DAISIES fans embracing him enthusiastically.

"The numbers we are creating on the views and the comments, if you will… I don't really read a lot of comments. It's dangerous, isn't it? But in general, the media and 99.9 percent of the fans of THE DEAD DAISIES are allowing me to join gracefully," Glenn said.

"Just a little education, for those that don't know, THE DEAD DAISIES was born out of David Lowy's idea, bringing in groups of musicians. Even before [Brian] Tichy [WHITESNAKE] and Jon Stevens [INXS], he had other guys coming in — Dizzy Reed [GUNS N' ROSES], and he had many, many people before John and Marco came.

"So, to all those people asking questions: what's going on here? Just remember this: we're all a loving family in THE DEAD DAISIES. Every member that's been there is family, and that's gonna continue. I'm just being able to allow myself to conduct myself in this band and to raise the game, if you will, like they want me to do and reach out to as many people as possible."

This past September, THE DEAD DAISIES released another new single, "Bustle And Flow". The track arrived two months after the release of THE DEAD DAISIES' "The Lockdown Sessions" digital EP. That effort contained four acoustic tracks, all of them exclusive to this EP: "Unspoken", "Righteous Days" and a version of the HUMBLE PIE classic "30 Days In The Hole". The EP rounded out with a stripped back version of "Fortunate Son", featuring Castronovo on lead vocals. 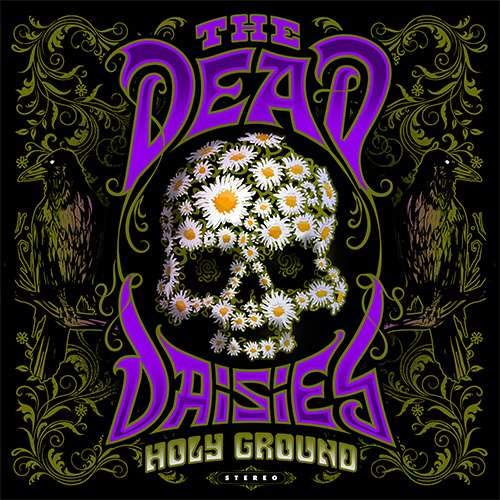