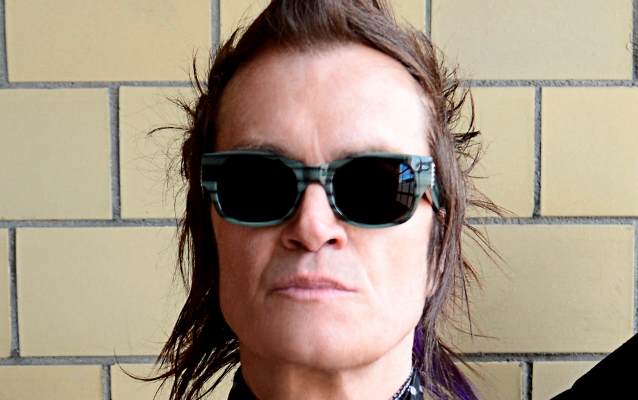 "For some reason I wasn't frightened. I felt like I was going to be OK, but I'm still supremely grateful to be here," Hughes told Billboard. "For me to still be doing this at my age (62) with what I've been through with drink and drugs...

"There was a time everyone was putting best on me, 'Ah, Hughes is gonna be the first to go.' But he's still here."

Hughes, who went through a cocaine psychosis, crack addiction and other excesses before surviving a clean-up-or-die crisis and embarking on a reinvigorated solo career, told The Nervous Breakdown in a 2012 interview about hitting rock bottom in his bout with cocaine addiction: "For me, it was that moment in the back of an ambulance. I've overdosed – again — and I'm telling the driver, 'I'm not like those other people you carry…' and he turns and says, 'Shut up, you piece-of-shit drug addict.' The reality of it just hit me. That was my wake-up call. I got into meetings, started reading books like 'A New Pair of Glasses' by Chuck C. and 'Sermon On The Mount'. I don't want to offend any of your readers and some people might think it's cornball but I'm alive and here today only by the grace of God."

Asked where he thought his career would have gone if not for cocaine, Hughes replied: "Oh, that's a tough one, mate. I've had a lot of people tell me I could have gone on to do much greater works. But you can't let that eat you up. Everything's ordered, I believe. Everything for a purpose. One thing that's sure in life is pain and change. I didn't understand then, but if you get in enough pain, you will change. But you know, I think I've bared my ass and beat the devil and proved myself, to be honest. I'm not as interested in comebacks or career redemption as humanity and the human experience."