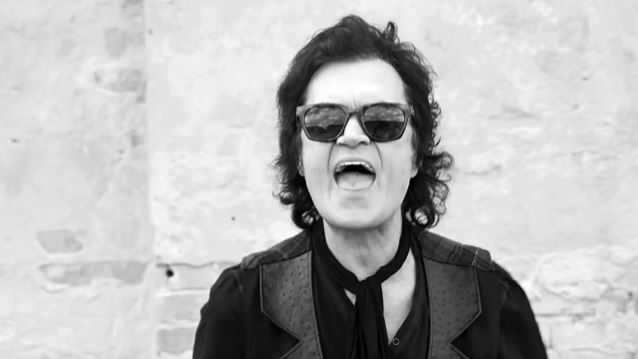 Glenn Hughes says that Ronnie Romero is doing a "reasonably good job" singing the classic songs from RAINBOW's and DEEP PURPLE's catalogs and insists that all is "good" between him and his former bandmate Ritchie Blackmore.

The former DEEP PURPLE bassist/vocalist spoke to Metal Express Radio about Blackmore's return to his rock roots with a revamped RAINBOW for the first time in twenty years, featuring a brand new lineup that included the Chilean-born, Spanish-based Romero.

Hughes said about Blackmore's decision to bring back RAINBOW: "I wasn't really sure. I'm glad he came back for his own sake, and, obviously, he wanted to make some electric rock music again after so long away. It's been 20-something years. It was his choice and his choice who he had playing with him. I wished him all the best and have nothing but total respect for him and he knows that. I hope he continues along the road he's on as his fans want more electric shows from him."

He added: "All I want for Ritchie is happiness. Although I don't see him very often I still have good memories of him and it's all good between us."

Asked if he has seen any footage of Romero performing classic RAINBOW songs that were originally sung by his close friend, the great, late Ronnie James Dio, Hughes said: "I did. Singing Ronnie's [James Dio] songs needs a special kind of singer and I think the young chap did a reasonably good job and I think Ritchie may well have found the guy for him. He was certainly a good fit for RAINBOW."

Hughes told Hardrock Haven last year that Blackmore originally asked him to be part of the RAINBOW comeback but that he declined. "I said no because [Ritchie] wanted to, funny enough, he wanted to use an unknown singer, and I said, 'It's not me. It's not me to do that,'" he explained. "I very eloquently said, 'No, thank you. I really would like to see you, but I can't do this at the point where I am right now.'"