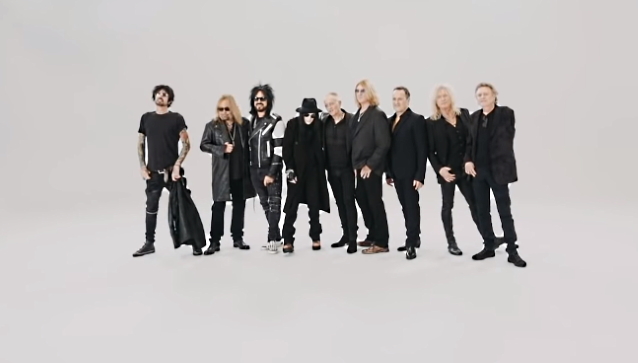 "The Stadium Tour" will feature DEF LEPPARD alongside MÖTLEY CRÜE, POISON and JOAN JETT & THE BLACKHEARTS. The 22-date North American trek kicks off July 7 at Miami's Hard Rock Stadium and winds down on September 5 at Los Angeles's SoFi Stadium. Tickets go on sale on December 13 at 10:00 a.m.

The trek marks CRÜE's first live dates since wrapping its 2014/2015 farewell tour. The band toured with POISON back in 2011 and DEF LEPPARD teamed up with POISON for a string of road dates in 2017 — but the upcoming jaunt marks the first time all four acts have hit the road together for an extended tour.

The British rockers played their first Las Vegas residency six years ago at the Joint at the Hard Rock Hotel.