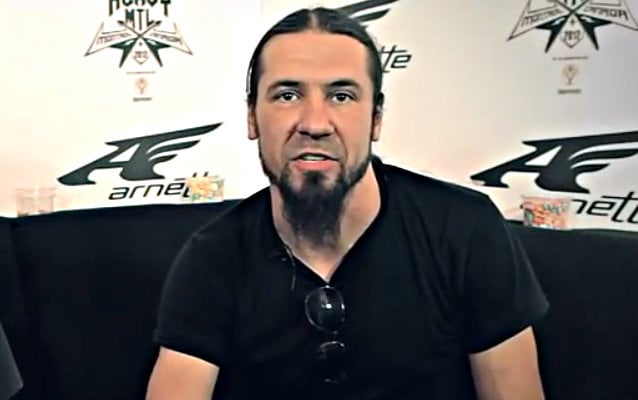 Ben Falgoust (pictured),vocalist for GOATWHORE and SOILENT GREEN, has released the following statement regarding the passing of GWAR frontman Dave Brockie (a.k.a. Oderus Urungus):

"Right now my heart is wedged in my throat and I have this overwhelmed feeling of loss. My words can't, and never will, describe this.

"We have lost someone that has been a mentor, a great friend, an inspiration and an overall down-to-earth, incredible person.

"Our good friend, Dave Brockie, has left us behind and it pains us as we offer our condolences to his family, friends, bandmates and the masses of people that have adored him. It is an honor to have been a part of his life in music.

"Hail the legions of GWAR!

"Dave will forever be with everyone that has crossed his path."