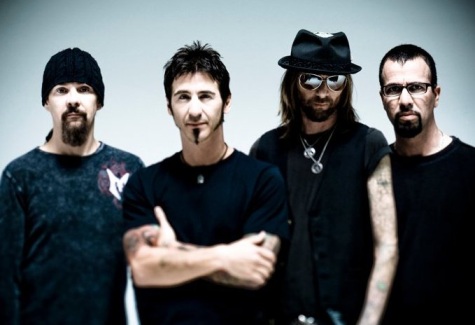 GODSMACK is putting the finishing touches on an EP of cover songs. On Saturday, singer Sully Erna informed fans via Twitter that the band has been in the studio working on it for the last three weeks. "Today is last day of mixing the covers EP we're working on for you. I think you're gonna love this!" Erna wrote. "I want to suggest to management when they're all ready to hear, we throw them up online and let all of you decide which one is best [for] radio."

GODSMACK, STAIND and HALESTORM will hit the road together this spring. The trek, dubbed the "Mass Chaos Tour", kicks off April 13 in Augusta, Georgia and wraps on May 18 in Bangor, Maine.

GODSMACK's fifth album, "The Oracle", sold 117,000 copies in the United States in its first week of release to debut at position No. 1 on The Billboard 200 chart.