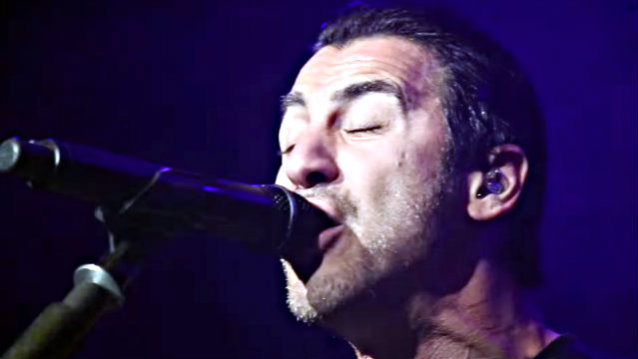 GODSMACK: Video Footage From The Road (Parts 1 And 2)

The first two in a series of video clips featuring behind-the-scenes footage from GODSMACK's appearance on this summer's Rockstar Energy Drink Uproar Festival can be seen below.

Rockstar Energy Drink Uproar Festival kicked off on August 15 in Clarkston, Michigan and ran through September 21.

GODSMACK's sixth studio album, "1000hp" (One Thousand Horsepower),sold approximately 58,000 copies in its first week of release to land at No. 3 on The Billboard 200 album chart. The disc, which arrived on August 5, follows up 2011's "The Oracle", which topped the chart with sales of 117,000 copies in its debut week.

"We kind of do it differently every time we write and record," GODSMACK frontman Sully Erna told AMH Network about the "1000hp" songwriting process. "It was definitely a contribution from everyone. We all had musical ideas and I had a handful of songs that I brought to the table. We started carving them up, seeing which ones would make the record, and which ones were weak."

"When songs like '1000hp' was recorded, we started feeling the chemistry again, and once again felt really strong as a band." 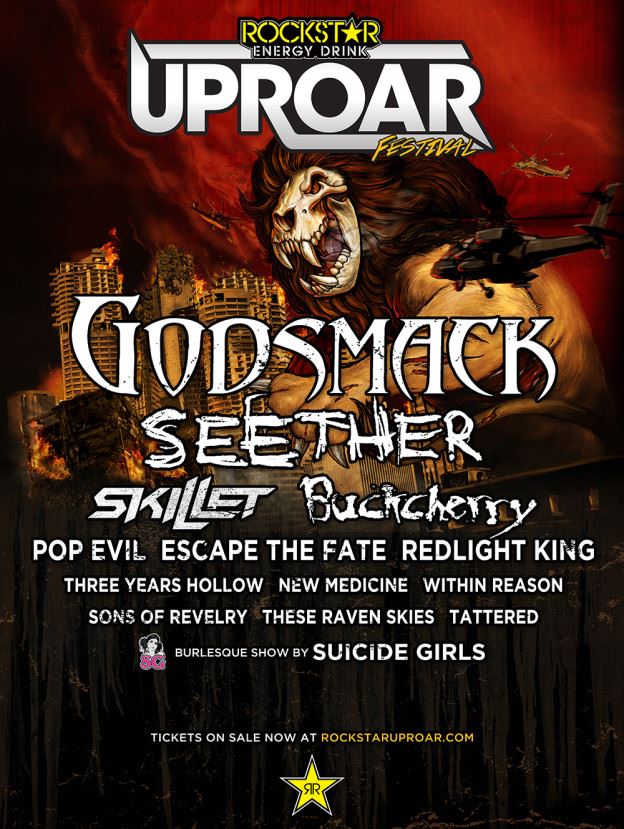