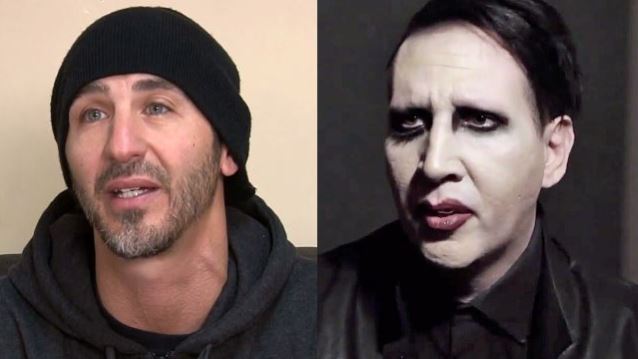 According to The Pulse Of Radio, GODSMACK singer Sully Erna and Marilyn Manson have both landed roles in a new movie called "Street Level", with Erna also contributing music to the soundtrack. The film is expected out on Christmas Day and the writer, producer and director is David Labrava, best known for playing Happy on "Sons Of Anarchy".

This appears to be the same project that Erna mentioned in an interview last year, when he said he was shooting a pilot for a new TV series along with Labrava and other "Sons Of Anarchy" cast members. It now seems that the project has been turned into a film, with a trailer also surfacing online.

Erna's other roles include a small part in the Martin Scorsese-produced "Bleed For This" and a lead role in the recent low-budget horror movie "Army Of The Damned".

Manson had a recurring role on "Sons Of Anarchy" and also appeared in the TV shows "Californication" and "Eastbound And Down". His movie credits include the movies "Lost Highway", "Jawbreaker", "Party Monster" and "Wrong Cops".

Manson's latest album, "The Pale Emperor", came out last month. He starts a new round of North American tour dates on March 25 in Portland, Oregon.

GODSMACK is also hitting the road this spring for a mix of headlining and festival shows. After playing the Pot Of Gold festival in Tempe, Arizona on March 17, the band heads out again on April 17 for a run that will include stops at events like Fort Rock and Rock On The Range as well as solo headlining shows.