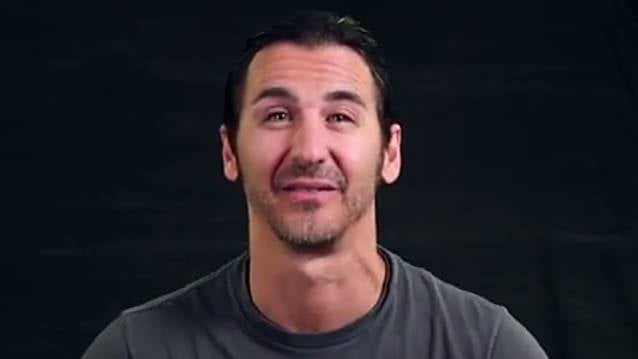 GODSMACK frontman Sully Erna recently stopped by the Loudwire studio to talk about the band's current single, "1000hp" (One Thousand Horsepower). Check out the clip below.

"1000hp" is the title track of GODSMACK's new album, which will be released internationally via Spinefarm Records on September 1. The CD will be made available domestically on August 5 via Republic Records.

Few bands have so consistently and successfully championed the cause of hard rock as GODSMACK. Since the release of their self-titled debut (1998),the Boston quartet — Sully Erna (lead vocals, guitar),Shannon Larkin (drums),Robbie Merrill (bass) and Tony Rombola (lead guitar) — have notched up a remarkable set of facts 'n' stats in the U.S. and beyond: these include four Grammy nominations, four platinum awards, 20 million records sold, 3 consecutive U.S. #1 albums, unmatched airplay records at radio, and many more…

Now, in 2014, The 'SMACK is back with both a new single — "1000hp", a #1 debut on the U.S. iTunes Rock Chart — plus a rekindled desire to take their signature sound to the international arena, with the single a potent point of attack.

"I think you can hear a real hunger in the sound," says Erna. "We're all pretty fired up at the moment, and that extends to taking our music overseas. It's time to give some real focus to our touring activities outside of North America, and we think this new single will make our intentions clear. It's one for the fans, and that means our fans everywhere…"

Taken from the forthcoming album of the same name, the follow-up to 2010's "The Oracle" (one of the aforementioned chart-toppers),"1000hp" sees GODSMACK in fifth gear right from the start — a raw, thrashy, punked-up call-to-arms that documents the band's journey from the Boston clubs, promoting a debut album recorded over a weekend for $2600, to the arenas of the world.

That first outing was subsequently picked up by Republic Records/Universal and has now sold in excess of 5 million copies, but it's the backs-to-the-wall struggle of the early days that GODSMACK sought to tap into for "1000hp", single and album alike…

"Yeah, we made a conscious decision to go back to the streets of Boston for this one," reflects Erna. "It doesn't just capture the spirit of the city. It's GODSMACK!"

"It's a kick-ass rock tune from what I feel is our most kick-ass record!" says Larkin about the single, which leads off the album. "There's a punk edge and a different energy."

Produced and mixed by Dave Fortman (SLIPKNOT, EVANESCENCE) working closely with Erna, "1000hp" (the album) was recorded in GODSMACK's new headquarters just 30 minutes from the heart of Boston, and the band's calling-card weight, groove, power and spiritual tone are in evidence throughout, tempered here an' there by more reflective moments, and — in certain cases — something of a new drift.

But it's "1000hp", the single, that sets the tone for the record (10 tracks, plus bonus cut "Life Is Good"),with its "badass" '65 Chevelle engine bursts and "turn that shit up louder!" chorus, and it must surely feature in the live set when the band hit the road for the U.S. Uproar Festival tour this August.

In the past, the four have appeared at a host of major events (Ozzfest, Mayhem, etc.),and toured alongside some of rock's foremost legends, the likes of BLACK SABBATH and METALLICA; now it's time for GODSMACK to build their story on a truly global scale, with European dates already being discussed.

"We've had some great experiences playing overseas in the past," concludes Erna, "and we can't wait to return to the roads of Europe and beyond. The new single looks back to our earliest days as a band, when we were starting to build a following, so our history is all about growing the GODSMACK name through hard work and hard touring. We're ready to show everyone what GODSMACK stands for!" 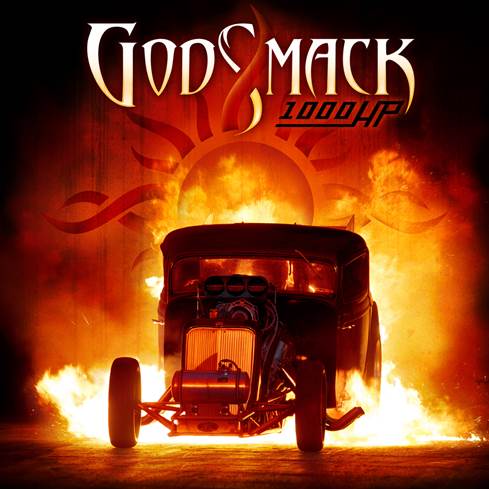