French progressive metallers GOJIRA have announced details of a fall U.S. headline tour. The new dates, which will feature special guests KNOCKED LOOSE and ALIEN WEAPONRY, are set to kick of October 11 in Salt Lake City, Utah at The Union and continue through a performance at Cleveland, Ohio's The Agora on October 29.

A special BLABBERMOUTH.NET presale will begin on Tuesday, May 4 at 10:00 a.m. local time and end on Wednesday, May 5 at 10:00 p.m. local time. When prompted, type in the presale code "AMAZONIA" to access tickets before the general public. General on-sale will be this Friday, May 7 at 10 a.m. local.

GOJIRA tour dates with KNOCKED LOOSE and ALIEN WEAPONRY (except where indicated):

Recorded and produced by guitarist/vocalist Joseph Duplantier at Silver Cord Studio — GOJIRA's Ridgewood, Queens, headquarters — and mixed by Andy Wallace (NIRVANA, RAGE AGAINST THE MACHINE),"Fortitude" is a collection of songs urging humanity to imagine a new world — and then make it happen. The band initially laid the foundation for "Fortitude" last year with the surprise release of the 2020 single "Another World". NPR hailed the track as "an apocalyptic banger," and Stereogum declared, "GOJIRA are one of this century's most important underground metal institutions," while "Fortitude" was voted by fans as the #1 release on Revolver's "Most Anticipated Albums of 2021."

Duplantier told Full Metal Jackie's nationally syndicated radio show. about what he and his bandmates learned from 2016's "Magma" album that became "starting points" for "Fortitude": "Well, 'Magma' was a beautiful experience, and it sort of brought us to another level, but we didn't really realize that [at the time]. I see that today — when we release something, [there's] much more attention around the band and stuff — but I was working hard, going on tour and I didn't see anything really happening other than my everyday life with the band. But when we started to work on 'Fortitude', we wanted something different. 'Magma' was a little dark. We expressed some intense emotions related to the departure of my mom while we were recording the album. We talked about it, but on this album, we wanted to express something different, something more joyful and energetic. And [by] joyful I mean punchier music, more flamboyant, but the lyrics, like usually, talk about humanity and and the evil that men do. So, in that sense, it's not exactly a party album. But the sound is more rock, more exciting, I would say."

Duplantier also talked about the album title "Fortitude" and why it was important for him to encourage betterment of self, community and world. He said: "I don't know. Despite the fact that I think humans are pretty fucked up, and a part of me wishes that humans disappear from this planet to leave these poor animals alone, I believe in the potential of us human beings. I think we have beautiful things to offer, and I still wish to see that best that we have inside of us come out. And that's what I'm trying to do on an artistic level and a human level in my everyday life. And that's what we wanted to express in this album — to see people give their best and be strong and to not despair, and to project a positive image for their future and for our future. And through discipline and decisions and the right intentions, we can better ourselves and better this world. So it's almost by default the energy and the message we choose versus, 'Ah, let it burn.'" 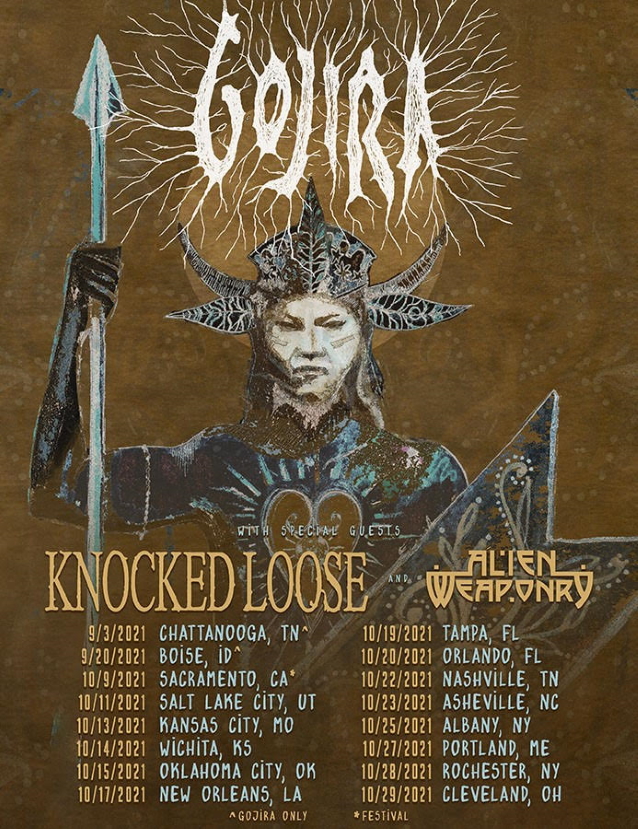