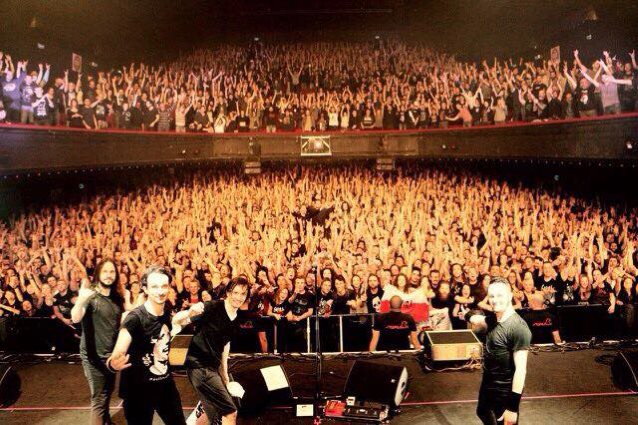 GOJIRA concluded the French leg of its "Magma" tour at the sold-out L'Olympia in Paris on April 1 and April 2. Fan-filmed video footage of the first concert can be seen below.

Asked if GOJIRA is happy with the fan response "Magma" so far, drummer Mario Duplantier told Distorted Sound: "Yeah, we are all really happy with it. The most important thing is that we are all happy with the album. We have no frustration, no regrets. We just feel that we needed to make this album. Maybe the next one will be different. We don't know yet, but this moment in our life was really special and this album is a perfect representation of that, and we love it. The reaction was amazing."

Mario also talked about Joseph's decision to incorporate more clean vocals into GOJIRA's songwriting, saying: "On one hand, we want to go deeper with this atmosphere, and Joe really needed to experiment with new things. He's 40 years old and he won't want to scream forever, and he is talented as an artist, so he needed to express this in his vocals. But with the next album, we have no idea — probably we will use clean vocals again, but it's too soon to tell." 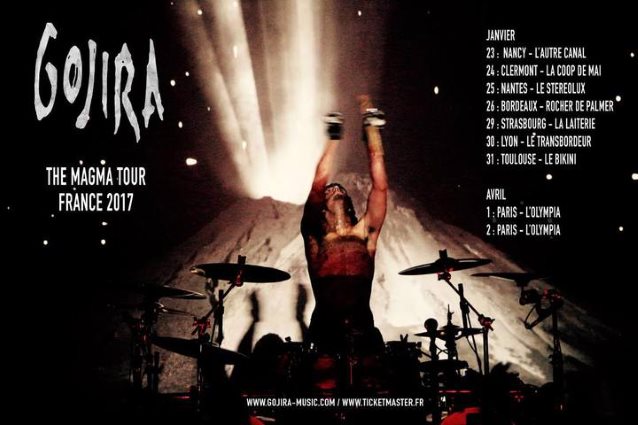