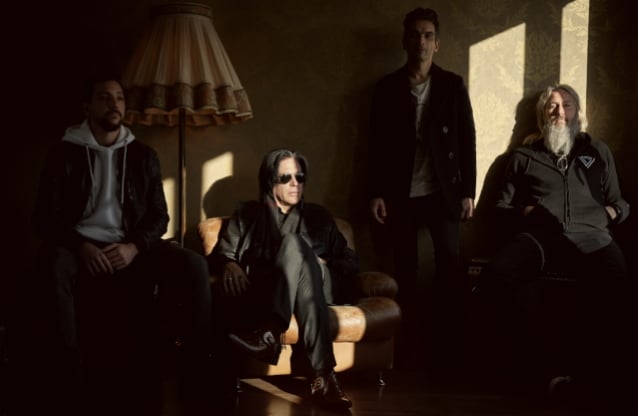 GONE IS GONE Feat. MASTODON, AT THE DRIVE-IN, QUEENS OF THE STONE AGE Members: 'Death Of A Dream' Music Video

"Death Of A Dream", the new video from GONE IS GONE, the project featuring MASTODON's Troy Sanders, AT THE DRIVE-IN's Tony Hajjar, QUEENS OF THE STONE AGE's Troy Van Leeuwen and guitarist-keyboardist Mike Zarin, can be seen below. The song is taken from GONE IS GONE's upcoming album, "If Everything Happens For A Reason…Then Nothing Really Matters At All", which is due on December 4 via Clouds Hill. The LP was produced by Hajjar and Van Leeuwen and is the culmination of ideas and seeds of songs that the band has been working on over the last three years. Lockdown has allowed the band to hone in on these cinematic, dark but also uplifting songs and led to them releasing a number of singles throughout 2020, ahead of this release.

Hajjar says: "I definitely had some strong ideas coming into this record. My idea was to make a record that could be played by all of us in a certain fashion or even just one of us with some electronics. I really wanted the record to live in many forms. We feel that we accomplished that… It is a record that pushed us creatively. We expressed ourselves fully without any barriers or fear of what people would think."

Sanders adds: "I feel it is our most solid and interesting release to date. As musicians, we always seek to explore new sounds and push ourselves to create unique moods and atmospheres. In our eyes and ears, we have achieved this."

"If Everything Happens For A Reason…Then Nothing Really Matters At All" track listing:

GONE IS GONE was formed by multi-instrumentalist Zarin and Hajjar, who previously collaborated on various film trailer projects for Sencit, Zarin's music production, licensing and supervision company. Together they've put together a wildly diverse sound production resume that includes trailers for the Internet-breaking television series "Stranger Things", Christopher Nolan's 2010 sci-fi thriller "Inception", multi-Emmy-winning television series "Game Of Thrones" and the Marvel Comics blockbuster film "X-Men Apocalypse", to name but a few. They brought in Troy Van Leeuwen, known for his work with QUEENS OF THE STONE AGE, FAILURE, A PERFECT CIRCLE, EAGLES OF DEATH METAL and SWEETHEAD, who, in turn, brought in Troy Sanders from multi-Grammy nominees MASTODON. 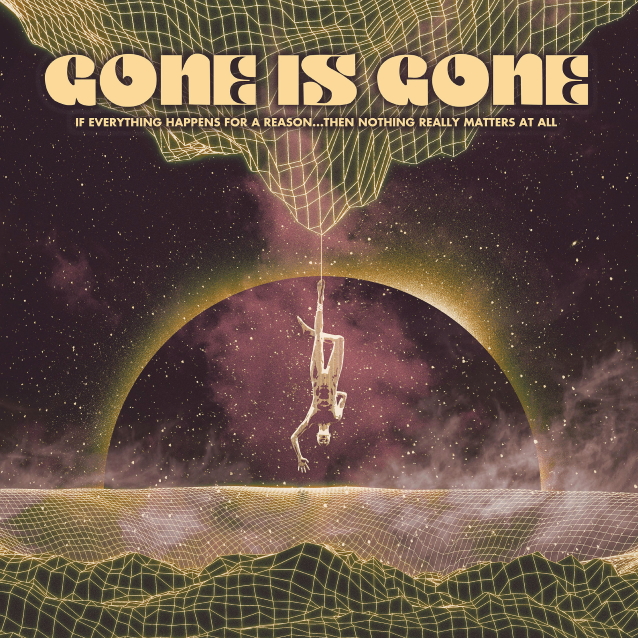