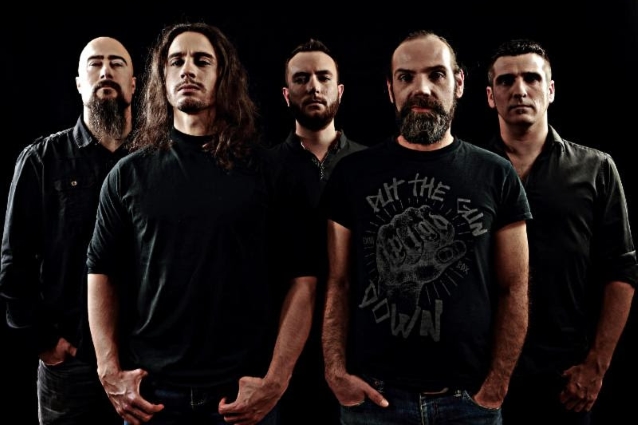 Following up on their critically acclaimed album "A Maze Of Recycled Creeds" and the thrashy EP "Kiss The Freak", French technical metallers GOROD will release their new album, "Aethra", on October 19 via Overpowered Records.

The 10th release from GOROD was produced and recorded by GOROD guitarist/mastermind Mathieu Pascal in his own Bud Studio, mixed at Dugout Studio by Daniel Bergstrand (MESHUGGAH, BEHEMOTH, DECAPITATED, IN FLAMES) and mastered by Lawrence Mackrory at Obey Mastering (DECAPITATED, NIGHTRAGE).

In comparison to GOROD's previous albums, the band sees "Aethra" as a profound progression in terms of production, songwriting and arrangements. Pascal says: "We decided that I would be in charge only for the recording in my studio, and chose Daniel Bergstrand for the mixing and mastering, as we love his work for decades. It puts some pressure on me, firstly because I'm used to working alone with the production of GOROD albums. The tracks should be clear and perfect enough to be easily understood and included into the mix the way I imagined. But also, because I still feel like a newbie compared to Bergstrand and I just didn't want to look like an amateur job! Bergstrand and McCrory did an awesome job on this album, the sound is powerful but still natural and balanced."

With "Aethra", GOROD transports the listener to a tragic and melancholic universe — a completely new level of darkness — while preserving what GOROD considers their tried and true core sound: incomparable groove, remarkable dexterity, and relentless technicality. But all the while, the band never sacrifices earworm hooks and unforgettable riffage.

Vocalist Julien Deyres explains the concept behind "Aethra": "The moon: a star, an allegory, a universal symbol that concerns all peoples and eras... this is the central theme of the lyrical concept of this album which is divided into ten texts that follow a form of parity in terms of genres: four titles are devoted to female lunar deities, four to male deities. The remaining two are respectively dealing with the universal symbolism of the owl and the star itself.

"The concept is basically a study of different cults associated with the moon through the ages and peoples. Some themes are treated in a purely narrative way, some others in a more philosophical or poetic way, but generally it remains a personal reading of each myth, which aims to awaken critical thought as much as evasion."

Pascal adds: "The writing process was exceptionally short, only six weeks. I wanted more spontaneous and song-oriented music with clear and efficient structures. For the first time I tried to write the music always thinking stage-wise, always anticipating how every riff or lead would be perceived live, and, of course, how it could be performed."

As a live band through and through, GOROD plans to bring its trademark power and precision to North America on a full tour in support of "Aethra". Before coming to the states, GOROD will tour in Europe with headliners BEYOND CREATION, as well as fellow support acts ENTHEOS and BROUGHT BY PAIN. 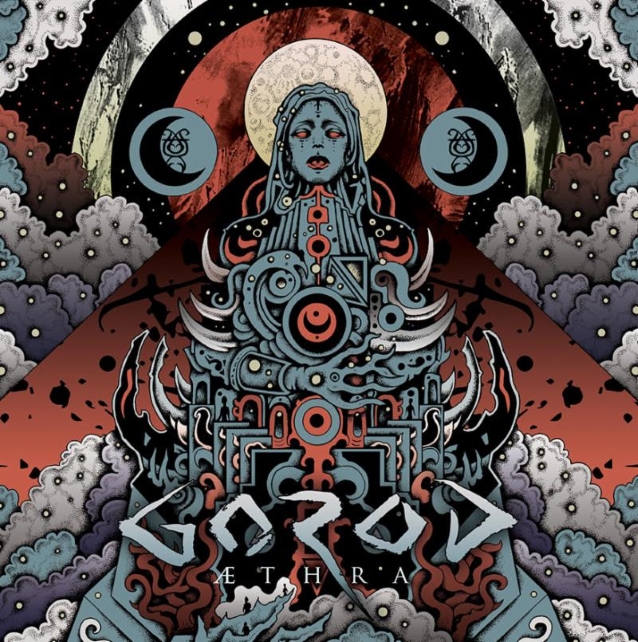