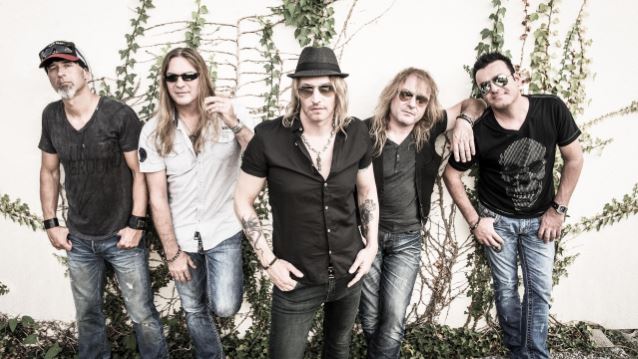 GOTTHARD To Release 'Stay With Me' Single In November

Swiss hard rockers GOTTHARD will release a new single, "Stay With Me", on November 18. The track will be the first single from the band's twelfth studio album, which was recorded at the Yellow House Studio in Lugano. The third disc with lead singer Nic Maeder was produced by Charlie Bauerfeind (HELLOWEEN, BLIND GUARDIAN) and Leo Leoni and will be released on January 13, 2017 on Musikvertrieb in Switzerland and internationally via PIAS.

"We were all very happy with the workflow and the result of the 'BANG!' production — so it was pretty clear that we wanted to give the great collaboration another shot!" GOTTHARD stated about working with Bauerfeind again.

Immediately after the new GOTTHARD album's release, the band will kick off the "25th Anniversary" European tour in Ravensburg with support from Danish hard rockers PRETTY MAIDS.