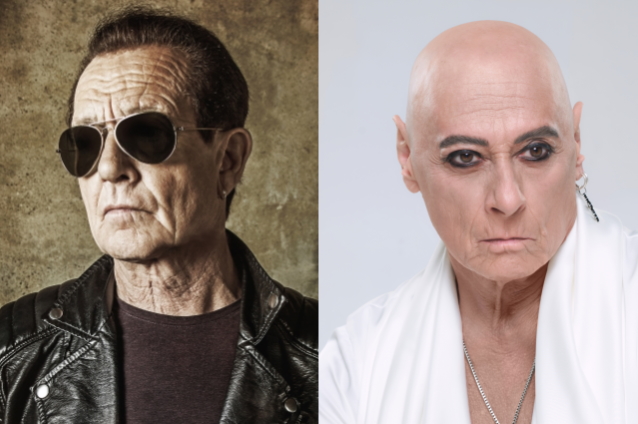 Graham Bonnet has praised Joe Lynn Turner for finally deciding to drop the hairpiece he has worn since the age of 14 after being diagnosed with alopecia at three years old.

The former RAINBOW and DEEP PURPLE singer, who turned 71 earlier this month, went public with his new look on Thursday (August 25) in a series publicity images released to promote his upcoming solo album, "Belly Of The Beast". In a press release for the LP, Joe said that he started wearing the wig to deal with "emotional and psychological damage from cruel bullying in school."

A few hours after Joe first posted his new photos on social media, fellow ex-RAINBOW singer Bonnet took to his Facebook page to share one of the images and he wrote in an accompanying message: "Hi all. Graham here. I'm posting this photo of my friend Joe Lynn Turner because I was moved to tears today when I saw it.

Hi all. Graham here. I'm posting this photo of my friend Joe Lynn Turner because I was moved to tears today when I saw...