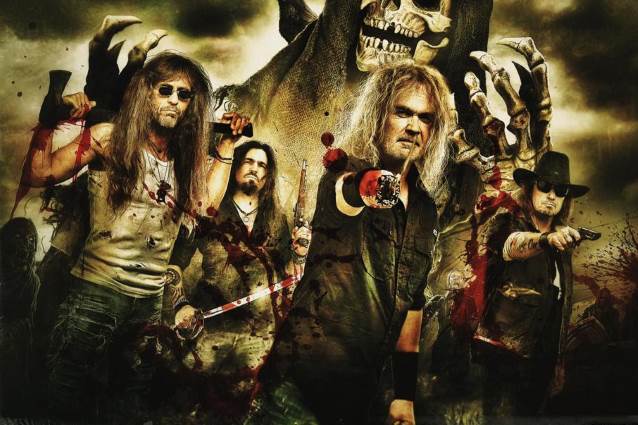 The official music video for the song "Zombie Dance" from veteran German metallers GRAVE DIGGER can be seen below. The track is taken from the band's new album, "The Living Dead", which will be released on September 14 via Napalm Records.

After listening to "Zombie Dance", we know for sure that polka and metal fit perfectly together. This collaboration with GRAVE DIGGER's labelmates RUSSKAJA will make you dance, especially when it's played live on the latter group's upcoming "Tour Of The Living Dead".

GRAVE DIGGER vocalist Chris Boltendahl commented: "Polka and metal — is that fitting? With 'Zombie Dance', we are opening the gate to hell for every incarnate, true metalhead and GRAVE DIGGER fan. But, to be honest... the symbiosis between metal and polka turns out to be perfect and calls on everyone to dance and headbang.

You wanted PARTY — you've got it!! With 'Zombie Dance' and its video, we give you a late summer hit in 2018. Whoever stands still or remains seated while this song is played is already dead or not born yet!" 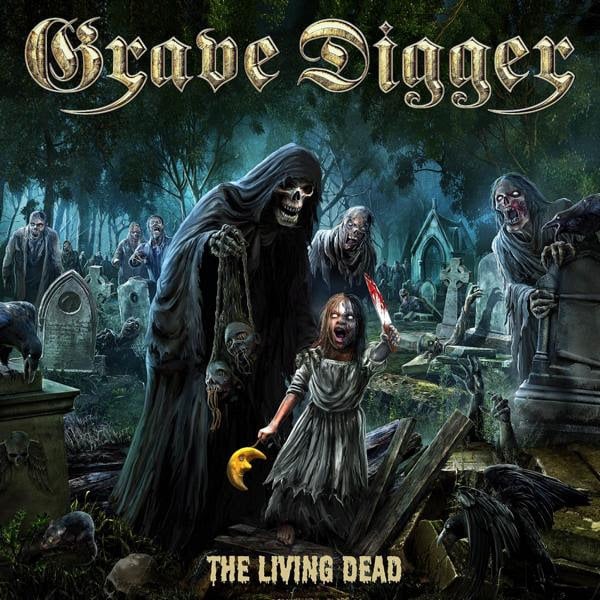