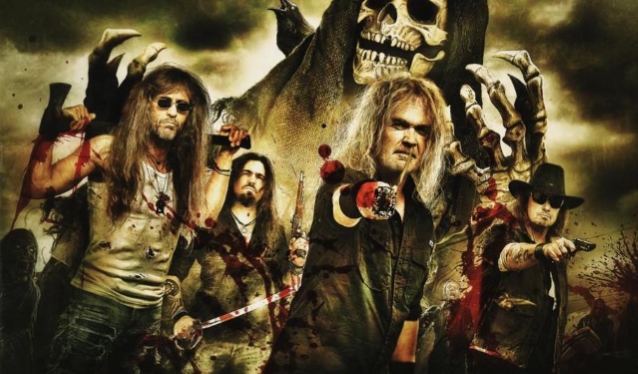 Video footage from the listening session for "The Living Dead", the new album from veteran German metallers GRAVE DIGGER, can be seen below. The disc will be released on September 14 via Napalm Records.

GRAVE DIGGER frontman Chris Boltendahl told Metal Obsession about "The Living Dead": "I'm really happy about this album, because when we finished 'Healed By Metal' [2017], I thought [to] myself, 'Okay, I'm now three albums in a row, which is more or less classical GRAVE DIGGER stuff. But now, I want to look over the plate, and look a little bit left or right. When I talked to Axel Ritt [guitar] before we were creating the new album, I said to him, 'Hey, Axel, I need some visions.' He said, 'What? You need visions?' 'Yes. I need visions from you, so, send me all of your stuff you have in your mind, and then, we sort out what is interesting, whatnot, and meanwhile, I'll create some cool choruses, and everything.'"

Speaking about his songwriting partnership with Ritt: "I'm writing the lyrics, and normally, I'm writing all the melodies for the choruses, for the verses, and then, I tell [Ritt] the ideas. Then we start creating all the guitar around it. But, then, most of, I think, 90 percent of the guitar work is definitely from Axel, but he's following most of my advice. That is a good combination; that is something like metal twins can do." 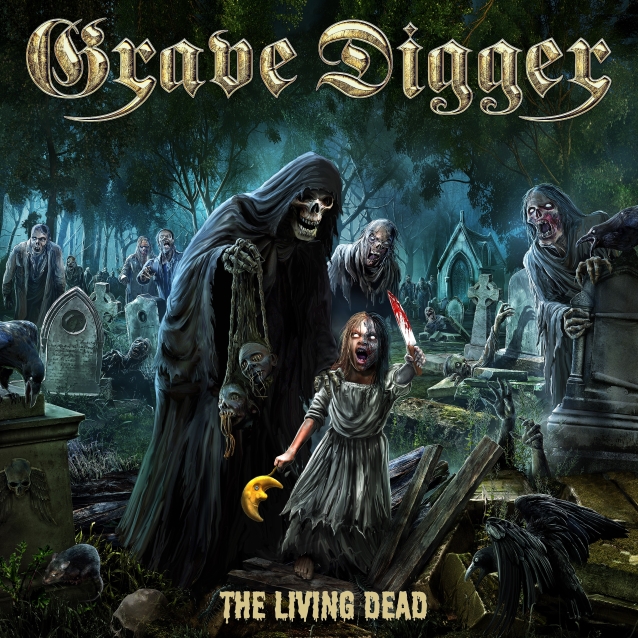