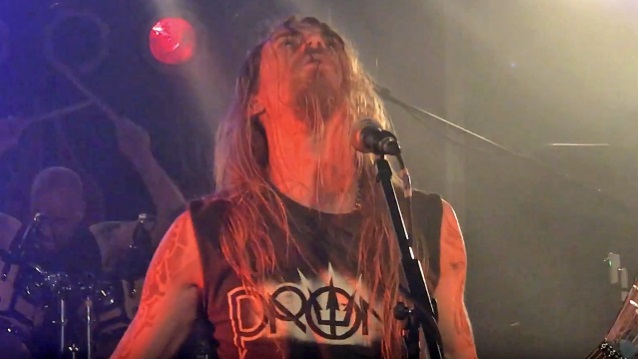 The band said in a statement: "To set the record straight. There has been circulating rumors about our drummer and why he has not been with us on all shows this year.

"We are unhappy to inform you that we have parted ways with our drummer Ronnie Bergerstål. After being a part of GRAVE for more than 10 years, he will surely leave a big hole that needs to be filled.

"This is not the place to discuss or speculate about why we have decided to part ways.

"We wish you all the best, Ronnie."

GRAVE's latest album, "Out Of Respect For The Dead", was released in October 2015 via Century Media. The CD's eerie artwork was again created by Costin Chioreanu, who was responsible for the band's previous three albums as well as the "Morbid Ascent" EP. Chioreanu is also known for his collaborations with such acts as AT THE GATES, PARADISE LOST and ARCH ENEMY.