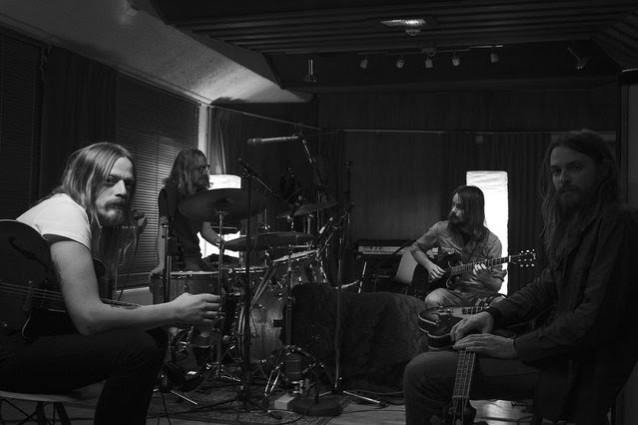 Commented the band: "It's great to be back in the studio and laying down the basic tracks have been nothing but sheer joy. This time around, we've got more than enough songs to fill up an album, and as always, the really fun and thrilling part will be to see how the recording will treat each song from rehearsals to finished mix. With that said, the obvious goal is to continue our walk down GRAVEYARD's left-hand album path with yet another album filled with all killers and no fillers. We're up for a promising start here in the studio and we can't wait to let all of you be the judge of how you think we did."

GRAVEYARD announced its return in January 2017, only four months after saying that the band was calling it quits. The group's new lineup does not include drummer Axel Sjöberg, who is apparently focusing on his new outfit called BIG KIZZ.