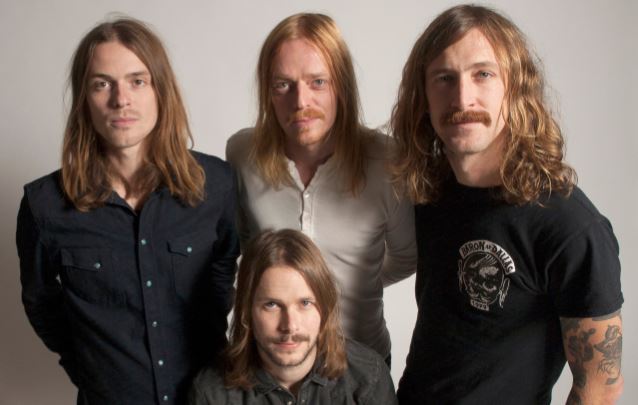 GRAVEYARD: New Song 'Too Much Is Not Enough' Available For Streaming

"Too Much Is Not Enough", a brand new song from Swedish rockers GRAVEYARD, can be streamed below. The song is taken from the band's fourth full-length album, "Innocence & Decadence", which will be released on September 25 via Nuclear Blast. The CD was recorded at Atlantis Studios in Stockholm, Sweden with Janne Hansson (ABBA, THE HIVES, OPETH) and Johan Lindström (TONBRUKET).

Commented GRAVEYARD: "Somewhere between innocence and decadence is where you will find GRAVEYARD. Hard at work trying to figure out which apples that will fall from what tree. Can you see us? We're that little hopeless case of a fly in denial — since forever stuck between the piles of shit that your ever repeating life keeps lining up for you."

"Innocence & Decadence" builds on the solid foundation and formidable reputation that GRAVEYARD has cultivated since its formation in 2006, providing the most shining example to date of a sound the band calls "classic rock with a modern roll." The quartet describes the record as a blend of "everything from old '20s blues to krautrock with synthesizers, Irma Thomas, blast beats and psych rock."

"Just like life in general, it depends on what you choose to see and hear," said the band in a statement. "'Innocence & Decadence' is built on thousands of layers of love, fury and being alive in the year 2015."

Find the stunning cover artwork for "Innocence & Decadence" below. 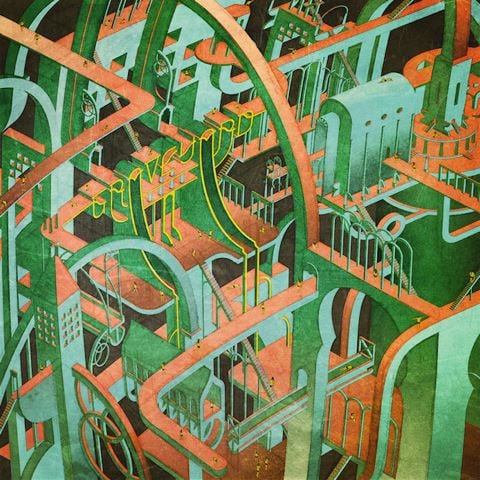