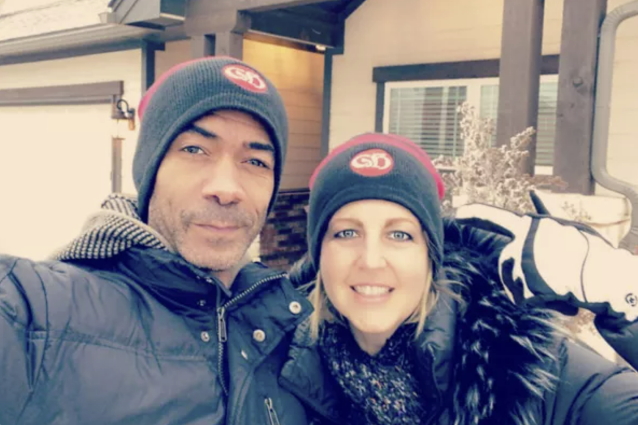 Guitarist Greg Howe has announced the passing of his longtime manager and fiancée Cassandra after a battle with stage four breast cancer.

Howe broke the news of Cassandra's death in a video message on social media earlier today (Wednesday, June 15). He said (as transcribed by BLABBERMOUTH.NET): "I am here today for two reasons. First of all, and foremost, is to just say thank you from the deepest part of my heart to each and every one of you who responded to my last video post a couple of months ago. I was speechless and completely blown away by the response I got from all of you in the form of prayers, just beautiful words of encouragement and support, and, obviously, donations and contributions and just a pure outpouring of love. I was blown away, and I still am.

"Secondly, it is with great sadness, however, that I let you know that Cassie passed away on May 25th after an unbelievably courageous four-year battle with breast cancer," he continued. "The effect of Cassie's passing will be with me for the remainder of my life. Going through this was literally the hardest thing I've ever gone through, and so I'll be recovering from this for a long time.

"I need you to know that you guys truly made possible the very best chance we had for beating this. Your support not only did everything it did to save Cassie but it also gave me support, and Heaven knows I needed it — I needed it on every level, and you gave it to me during what was absolutely the lowest point in my life. And thank you really just doesn't feel like enough; it isn't sufficient in comparison to the amount of love and support I got from you guys. I'll never forget you. I'll never forget you.

"Some of you may not have known, but Cassie was not only the love of my life, not only my life partner, but she was my business partner and my manager," Greg added. "And with her passing, there will obviously be a transition phase regarding business operations and responsibilities and things pertaining to my career as a musician.

Two months ago, Howe canceled his 2022 North American tour in order to care for Cassandra.

A GoFundMe campaign to fund Cassandra's medical treatment raised over $43,000.

Howe officially began his solo career after sending a demo tape to Shrapnel Records in 1987, upon which he was immediately signed by founder Mike Varney. His self-titled debut album was released in 1988, during the popular shred era, and went on to become his highest-selling album. A Guitar World article in 2009 would rank it as tenth in the all-time top ten list of shred albums. The following year, he joined with his brother Albert to form a VAN HALEN-inspired hard rock group named HOWE II. Through Shrapnel, they released two studio albums: "High Gear" (1989) and "Now Hear This" (1991). His second solo album, "Introspection", was released in 1993. At this point his style had changed radically from the straightforward instrumental rock of both his debut and the HOWE II albums, to a more jazz fusion-laden approach which remains unique and identifiable to this day; some of his signature traits being fast left-hand legato passages (having been influenced greatly by jazz fusion guitarist Allan Holdsworth),and the frequent use of tapping and odd time signatures. A trio of albums spanning the middle part of the decade — "Uncertain Terms" (1994),"Parallax" (1995) and "Five" (1996) — were all a consistent evolution of the sound he had adopted on "Introspection". During this time he collaborated twice with fellow guitarist Richie Kotzen for the albums "Tilt" and "Project" in 1995 and 1997, respectively. He then briefly dabbled with a heavier, neo-classical metal style for his 1999 release, "Ascend", which featured keyboardist Vitalij Kuprij. However, he has since spoken of his dissatisfaction for that project, as well as an earlier collaboration on Kuprij's own album, "High Definition" (1997). After switching labels to Shrapnel's jazz-oriented counterpart Tone Center Records, he returned to his familiar style with "Hyperacuity" (2000),which still stands as some of his most prominent experimentation with jazz fusion. After a highly troubled recording process for "Extraction" (2003),which featured drummer Dennis Chambers and bassist Victor Wooten, he took an extended hiatus from recording solo material until the release of his ninth studio album, "Sound Proof", in 2008. In 2017, Howe returned to his instrumental roots with "Wheelhouse", an album he has called his most personal to date.

Currently residing in Las Vegas, Nevada (having previously lived in Easton, Pennsylvania until around 2006),Howe continues to work as a session musician and producer, as well as providing online guitar lessons through his official web site.

Though words will never be enough to accurately express my sincere gratitude to all of you, I certainly owe you my best attempt. pic.twitter.com/cyxTlQ9Doo