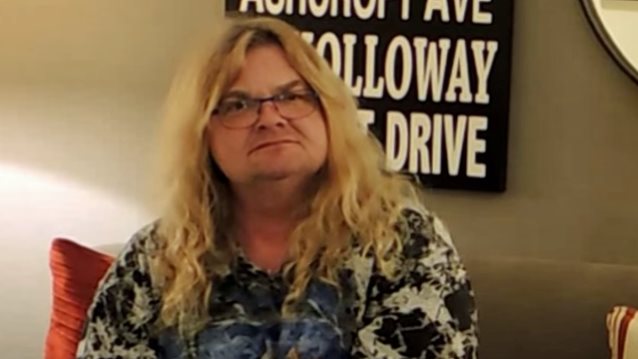 Vocalist Steve Grimmett of STEVE GRIMMETT'S GRIM REAPER, the revamped version of the cult '80s British metal act GRIM REAPER, has been forced to have part of his leg amputated to combat an aggressive infection.

The singer had been at an increased risk of infection in his limb since was he taken ill at Saturday night's (Janaury 14) STEVE GRIMMETT'S GRIM REAPER concert in Guayaquil, Ecuador.

According to Grimmett's wife Millie, Steve performed most of the gig sitting down. "After the show, Steve was taken to hospital where he had an operation to remove an infection from his foot and bones," she said. "Unfortunately, the operation didn't work and Steve is currently in the operating theatre having limbs removed.

"We don't know how much of the leg will need to be removed, but Steve is very, very ill," she added. "He has an aggressive infection that spread very quickly overnight."

As a result of Steve's illness, the remainder of STEVE GRIMMETT'S GRIM REAPER's South American tour has been canceled. Millie said: "I am hoping to fly out myself soon and stay with Steve until he is ready to come home. But don't worry, the voice WILL be back."

STEVE GRIMMETT'S GRIM REAPER released its new album, "Walking In The Shadows", on September 23 via Dissonance Productions. The effort is GRIM REAPER's first new recording since 1987's "Rock You To Hell". 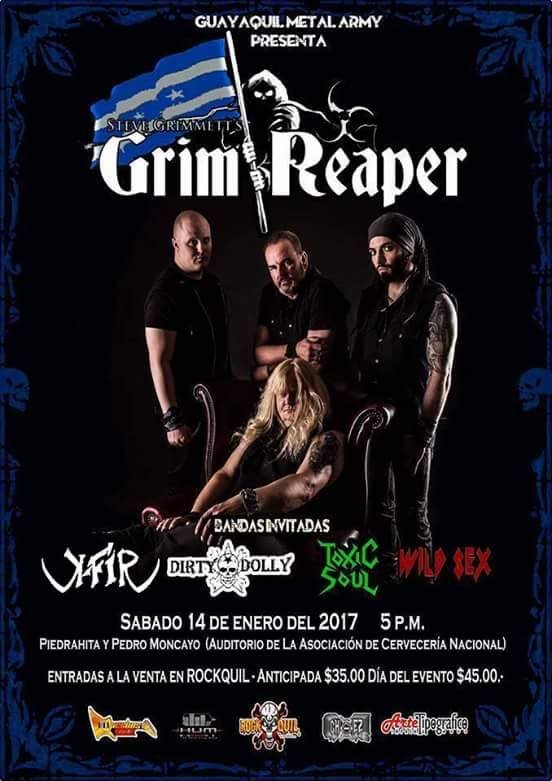