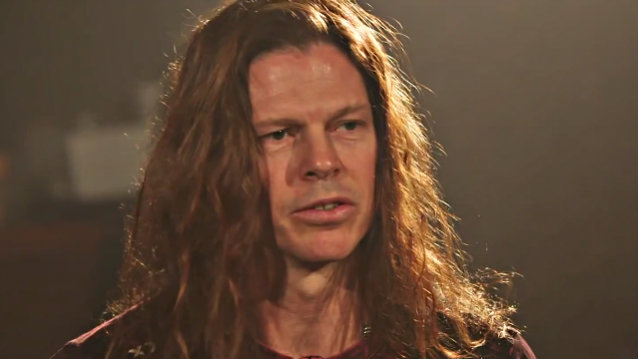 "Due to artistic and musical differences, it is with great reluctance that I announce my departure from MEGADETH to pursue my own musical direction.

"I want all of you to know how much I appreciate the amount that you the fans have accepted and respected me as a member of MEGADETH for the last seven years, but it is time for me to move on.

"I wish Dave [Mustaine] and everyone in MEGADETH all the best.

"I am working on a few things of my own and hope that when they come out, you will all dig it."

Chris has been playing guitar since he was eleven years old and had been teaching for 15 years prior to joining MEGADETH. Styles range from classical, rock, blues, and jazz. He started taking lessons at 14 years of age studying guitar as well as voice, violin, and piano. Chris has a degree in classical guitar music performance at the University of Denver and the Lamont School of Music. He has performed in many master classes including ones given by David Russell, Benjamin Verdery, and his primary instructor, Ricardo Iznaola. In addition, Chris has taken classes such as jazz improvisation, chord voicing, advanced music theory, and sight-reading.