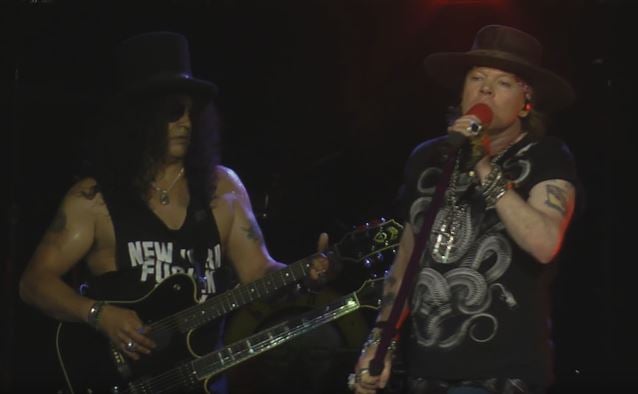 GUNS N' ROSES will bring its "Not In This Lifetime" tour to Australia in February 2017. This will be the first time Axl Rose, Slash and Duff McKagan have been on the road in Australia together since 1993's "Use Your Illusion" trek.

GUNS N' ROSES Nightrain pre-sale will begin on Friday, August 19. Telstra Thanks pre-sale just for Telstra customers starts Tuesday, August 23. More details at this location. Ticket and VIP packages for the "Not In This Lifetime" Australian tour will go on sale to the general public on Friday, August 26.

As previously reported, the production manager for the current GUNS N' ROSES tour shed some light on the trek's future and inner workings in an interview with local Atlanta TV station WXIA. Speaking one day before the group's July 27 concert there, Dale "Opie" Skjerseth said that the "Not In This Lifetime" tour has "no end date," and that shows are already booked "far into next year." 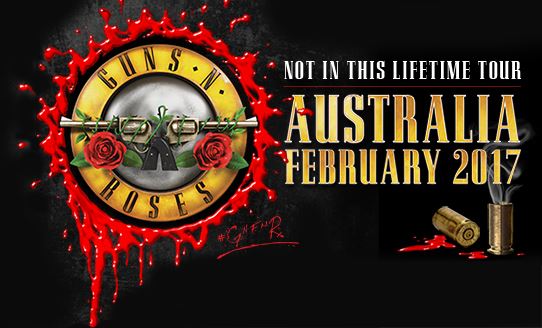