GUNS N' ROSES are offering a "Signature VIP Experience" at their upcoming Las Vegas shows for $2,500. According to The Pulse Of Radio, the package does not include a meet-and-greet opportunity with Axl Rose, Slash and Duff McKagan. It does include one ticket in the first ten rows, a signed, numbered, limited-edition tour poster, a photo on the stage before the show, a backstage tour, pre-show cocktails, access to a VIP hospitality lounge, a dinner buffet and drinks, prizes, private merchandise shopping and other "perks."

Customers will also get the "Essential Guns N' Roses VIP Gift Bag," including special merchandise and a commemorative VIP laminate and matching lanyard.

GUNS N' ROSES will play on April 8 and April 9 at the new T-Mobile Arena in Las Vegas before headlining California's Coachella Music And Arts Festival on April 16 and April 23. A summer tour is also rumored for the reunited group.

Meanwhile, longtime GUNS bassist Tommy Stinson, who was in the band from 1998 until 2014, says that a partial reunion of the group's classic lineup "will be a healing thing" for the musicians involved.

Stinson told The Pulse Of Radio a while back why he stayed with GUNS N' ROSES for so long. "I had doubts at certain points, and the thing that kept me going every time is that I would talk to Axl about this and that, his ideas about what we're doing and what we're gonna do and stuff like that," he said. "And every time, I just kinda had to stop and go, 'You know, he really knows exactly what he wants to get.' Every time I had a doubt, I would talk to him about stuff, and totally be back in it."

Asked how he feels about the recently announced reunion of Axl, Slash and Duff, Stinson told The Current: "I think everyone kind of knows where I stand with it all. I left it in a good way… So I think it worked out. And I think they'll have fun. It will be a healing thing for 'em, if it works out good. It will be good for them."

Other members of the lineup that Stinson was in — including drummer Frank Ferrer and guitarist Richard Fortus — are said to have been retained for the reunion. 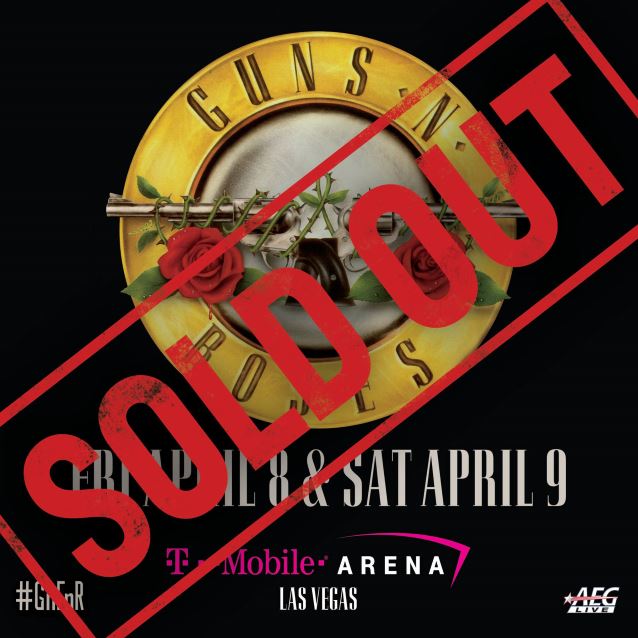