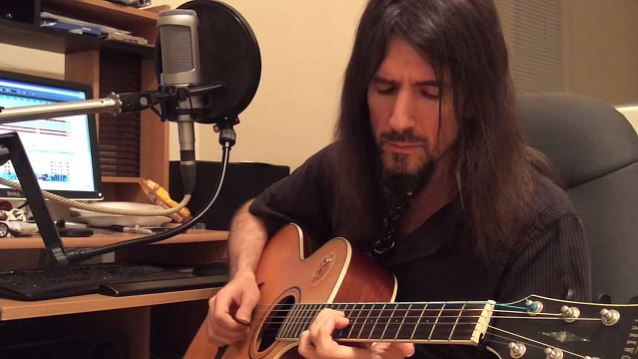 Guitar virtuoso, singer, songwriter, multi instrumentalist and producer Ron "Bumblefoot" Thal will release his tenth CD, titled "Little Brother Is Watching", on February 24. The disc is an eccentric, upbeat collection of modern epic rock with haunting melodies, huge choruses and witty lyrics about life in the digital age and beyond. Specifically, his own life and coming to terms with what we all face — beginnings, endings, and moving on.

"Little Brother Is Watching" was composed, produced, recorded, mixed and mastered by Bumblefoot at his studio in New Jersey, and also features drummer Dennis Leeflang and a crowd of 100 fans stomping, chanting and singing backing vocals recorded at a listening party in New York. The album's first single and title track, "Little Brother Is Watching", is now available digitally.

Bumblefoot has over 20 years of releasing music, performing at international festivals, headlining solo tours, won many album of the month/year awards and has appeared on the covers of numerous music magazines as a solo artist. As lead guitarist of GUNS N' ROSES, Bumblefoot toured sold-out shows all over the world, headlining festivals with crowds up to 150,000 people. Bumblefoot's unique "fretless guitar" can be heard throughout GN'R's 2008 "Chinese Democracy" album.

Bumblefoot has current collaborations that include DMC from the iconic rap group RUN-D.M.C., and Scott Weiland in the supergroup ART OF ANARCHY. His music is often heard in TV, film and video games including the theme song to VH1's "That Metal Show". Bumblefoot also works with U.S. embassies around the world on cross-cultural music programs, has his own line of award-winning hot sauces, and works with dozens of international charities, visiting orphanages and children's hospitals with guitar in hand.

"It's very hard to bust out anything when life becomes more complicated or you have more people trying to pull you in a million different directions or distract you. The bigger a band gets, the more that happens; so at Axl's level, it's definitely not easy and there's a million fires to put out where at my level there is maybe ten fires or even two fires. [laughs]"

Thal added: "When there's not as many things or people distracting you or keeping you from getting in the zone, it really frees you up to do the simple stuff and things don't need to be so complicated. But I've realized that all those complications that are hurled at you, all of those distractions, they're all external, and they don't need to penetrate your skin and get into who you are, or stop you from doing what you do, or change the relationship that you have with music or creating it or releasing it or sharing it or performing it or anything. I've realized that can be untouchable and nobody can change that. People will try, and people will continue to try relentlessly, but they can't, unless you give them the power. Once you realize that as an artist, you realize that you can do anything you wanna do musically and there's really nothing at all that's truly stopping you after all."