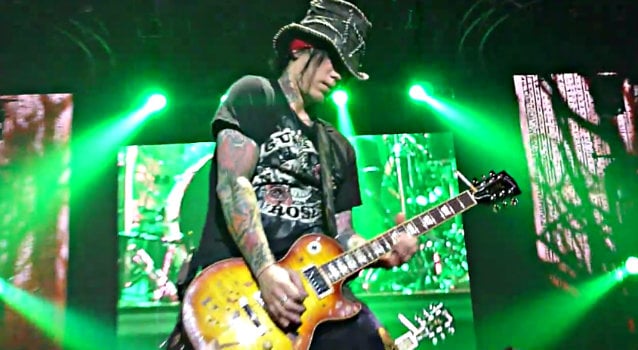 GUNS N' ROSES and SIXX: A.M. guitarist Daren Jay "DJ" Ashba has designed his own signature Les Paul guitar, to be released in March 2014 by Gibson.

Ashba, who joined GUNS N' ROSES in March 2009 following the departure of Robin Finck, spoke to The Sydney Morning Herald this past February about being in one of rock 'n' roll's most contentious acts.

"It's the craziest roller-coaster ride you'll ever be on," the 40-year-old axeman said, "but I wake up every day grateful to be in the position I am. I don't know many guitar players out there who wouldn't kill to be in my spot, so I refuse to take it for granted."

"We're a solid band now," Ashba said. "Before [2009], members were coming and going and it was a different time. We've toured for four years almost constantly and we haven't missed one show since I've been in the band. All that stuff has come to an end and Axl is very inspired."

"I always joke that I play guitar for a hobby and that really I'm an entrepreneur," he told The Sydney Morning Herald. "If you hung out with me at my house you would never know I played in GUNS N' ROSES. I'm not the guy sitting around patting myself on the back. I don't even like the word 'rock star.'"

Ashba and Henao made headlines in August when an internal investigation was launched after the guitarist and his girlfriend were given a private tour in a Las Vegas police helicopter so that the rocker could pop the question. 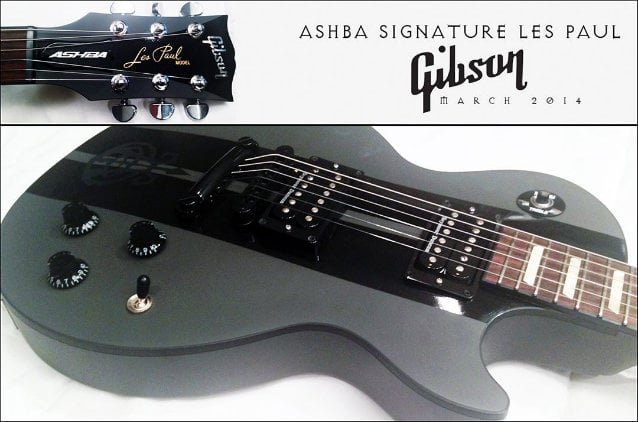