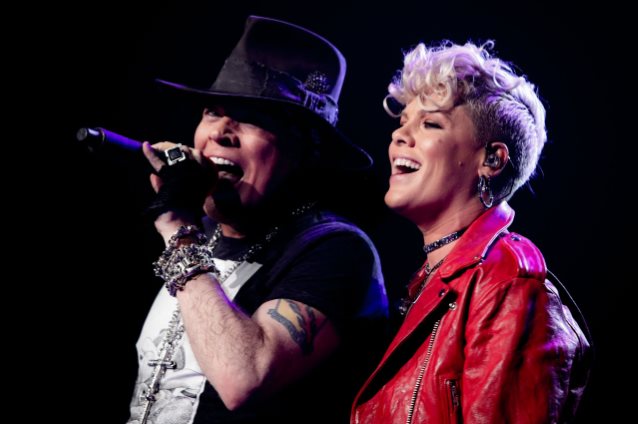 GUNS N' ROSES thanked Pink in a tweet after the show. She took it all in her stride. "Oh. Yeah. Whatever. No problem," was her playful response.

"Not In This Lifetime" continues Thursday (October 12) at New Jersey's Prudential Center.

Thank you @Pink for joining us on stage to sing Patience tonight!