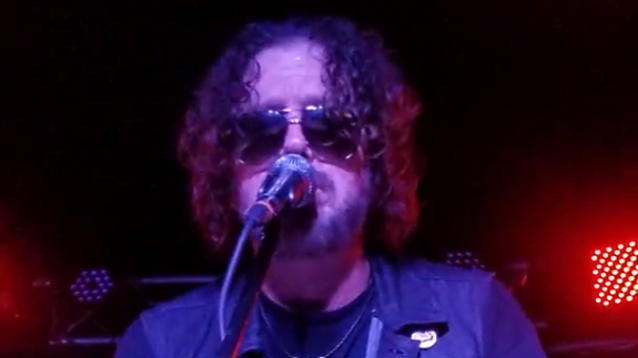 "We have been asked for years about putting out an actual recording since we started this thing in 2003," says Grossi. "It never really made sense until now, as we have actually found the perfect record label in Golden Robot Records that actually gets 'it' as far as what HOOKERS & BLOW is all about.

"We are currently in the studio tracking some of our favorite songs with a very talented and diverse cast of characters, as well as working on some very outside-the-box merchandise ideas," he continues. "We can't fucking wait to share some of what we have planned for this thing."

For the musical side of things, HOOKERS & BLOW has tapped producer/engineer Alistair James, who recently completed working with Joe Perry, Alice Cooper and Johnny Depp on the newest HOLLYWOOD VAMPIRES album.

In 2013, after almost a decade of touring, HOOKERS & BLOW hosted back-to-back highly successful residencies at the world-famous Whisky A Go Go. In 2018, the band celebrated its 15th anniversary, headlining its own 25-city "Holiday Hangover" tour as well as supporting THE DEAD DAISIES on their first headline trek of North America. Most recently, HOOKERS & BLOW was a guest on the Netflix hit mockumentary comedy series "Trailer Park Boys"' first annual "Trailer Park Boys Cruise".