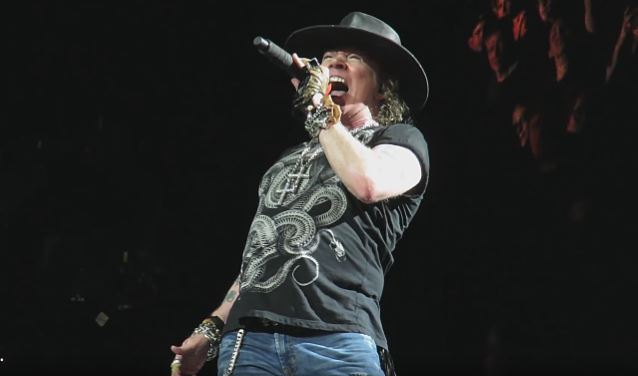 GUNS N' ROSES' 'Not In This Lifetime' Reunion Tour Does Not Have An End Date, Says Production Manager

GUNS N' ROSES' production magager Dale "Opie" Skjerseth says that "there's no end date" to the band's "Not In This Lifetime" reunion tour, with "plenty" of shows already booked for "far into next year."

"Not In This Lifetime" sees core band members Axl Rose, Slash and Duff McKagan on stage together for the first time in more than twenty years.

In a wide-ranging conversation with local media — including 11Alive WXIA-TV — on Tuesday before tomorrow's GUNS N' ROSES concert in Atlanta, Georgia, Skjerseth said that all members of the band are "getting along just fine" and has shot down speculation that the fact that they have separate dressing rooms means there is tension within the ranks, Skjerseth said: "Just because everybody's older, they carry their families with them. They all have to have their space.

"Everybody meets before we go on stage. It's a meeting point and that's where the chemistry happens.

Asked what brought the band back together, money or music, Skjerseth said: "I believe it starts with the love the band… And then of course — we all want money."

Regarding the band's future, Skjerseth said: "I've been told there's no end date, and I've seen plenty of dates going into next year, far into next year. Everybody's working together to keep a common goal and common direction: keep the machine going."

Skjerseth also talked about how Axl is managing to take the stage on time now as opposed in previous years when GUNS N' ROSES had a reputation for beginning concerts hours after its scheduled start time. He said: "We're all older and want to get to bed now.

"We were all young," Skjerseth said of Rose's behavior on previous tours. "Even I was young. It's his maturity and business and how it should be. Everybody feels good about it. He's here before the guys, the rest of them, some days. He comes in, he shows up, gets out of the car, goes on stage. Sometimes he stays on site."

You can watch 11Alive WXIA-TV's interview with Skjerseth, and read the station's full report, at 11Alive.com. 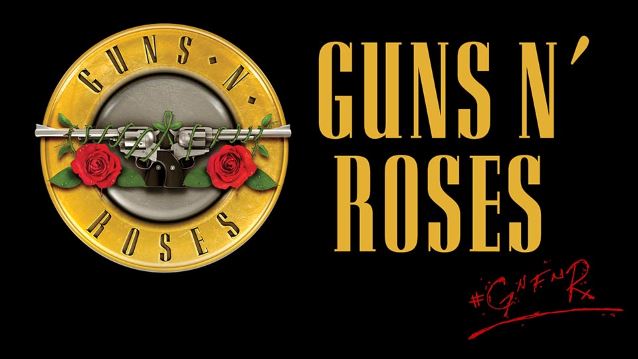