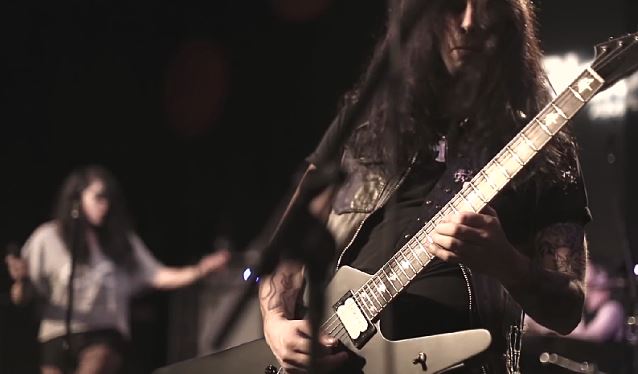 "Long Way Down", the new video from Greek guitar virtuoso Gus G., well known in rock and metal circles for his work as Ozzy Osbourne's guitarist and as leader of his own band FIREWIND, can be seen below. The clip was shot by acclaimed director and Gus' longtime creative partner Patric Ullaeus (IN FLAMES, WITHIN TEMPTATION, AT THE GATES).

Commented Gus: "I worked on this track with producer Kevin Churko (OZZY OSBOURNE, FIVE FINGER DEATH PUNCH),his son Kane and Alexia Rodriguez from EYES SET TO KILL. Once we finished it, we knew we had a special song in our hands.

"The 'Long Way Down' lyrics were inspired by a scene I witnessed many years ago when I briefly lived in Sweden. What I saw is the exact storyline with the girl in this video.

"We hear about suicides all the time in the news, it's always shocking. Hundreds of thousands of people deal with depression every day. They're brave.

"If there is one message we'd like to pass out with this song and video, it is that suicide can be prevented.

"Many thanks to Patric Ullaeus for your belief, your dedication and always-awesome videos!"

A special expanded edition of Gus' solo album, "I Am The Fire", was released in Europe on November 3 (digitally in North America on November 4). This limited CD + DVD digipak features four bonus tracks and a 62-minute bonus DVD (including the album's four official video clips so far, plus three live tracks, six guitar tutorials, as well as an EPK and track-by-track commentary). 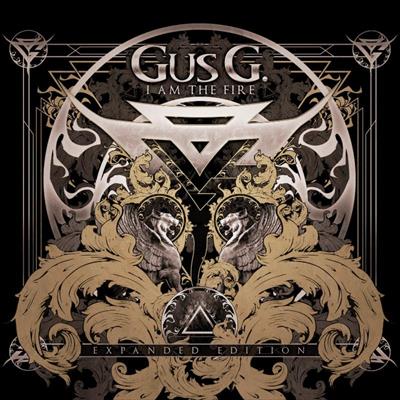